Nokia X5 to arrive on July 18, this time for real 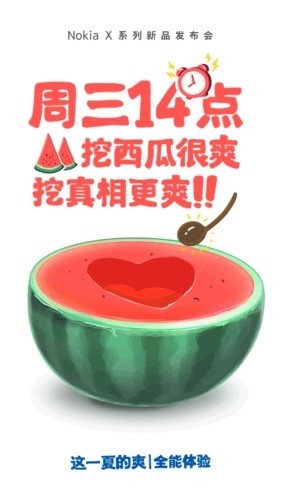 Nokia X5 was on set to be unveiled on July 11, but due to an issue with the venue, HMD Global had to postpone the event at the last minute. Today the company announced on Weibo the new unveiling date - July 18.

The Nokia X5 will have a 5.84” screen with HD+ resolution and 19:9 ratio. The chipset is likely to be Helio P60 and coupled with 3/4 GB RAM, according to TENAA. There is a dual 13 MP + 5 MP camera on the back, coupled with a fingerprint scanner, following a similar design in all current Nokia smartphones.

Since the Nokia X5 has less impressive specs than the Nokia X6, it is expected to be a bit cheaper - between CNY800 and CNY1,000, or no more than $150. There is no info if the phone’s market appearance will be pushed a week as well, but when it arrives, it sure will be a grab with such a price tag.

HMD are as chinese as Finland.

There are also many indians working at HMD global , So what does that prove. Raun Forsyth is the Head Of Design at HMD global , Does his name sound of Asian Origin, So how are Chinese responsible for design.