On Tuesday, Nokia sent out event invitations for a device launch taking place in Taiwan on April 2. This is for the Nokia X71, which might launch as the Nokia 8.1 Plus for global markets. The very same Nokia X71 has appeared on Geekbench, revealing some of the innards of the device.

The listing on Geekbench shows the “HMD Global Nokia X71” running a Qualcomm Snapdragon 660 CPU. Paired with the processor are 6GB of RAM for lots of multitasking. It’s suggested that the 6GB variant may not be sold outside of Asian markets. The listing also shows the phone running Android 9, presumably Android One, like many of Nokia’s handsets.

We’ve been seeing leaks of the Nokia 8.1 Plus, but the X71 is supposedly going to have a third camera on the back; the alleged renders of the 8.1 Plus had dual cameras. The Nokia 8.1 Plus appears to have a hole-punch front facing camera, so it’s possible we’ll see the same feature on the Nokia X71. 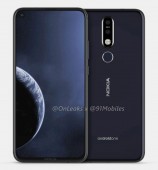 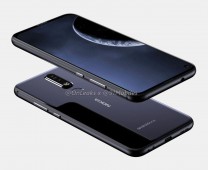 Considering the current Nokia 8.1 has a Snapdragon 710, its strange to see the X71 run a Snapdragon 660. Perhaps the global Nokia 8.1 Plus will indeed have the 710 and the 660 on the X71 is intended for the Taiwanese market. In any case, we’ll have confirmation of this once the April 2 launch event rolls around next week.

The Nokia X71 is said to have a 48MP camera paired with a 120-degree ultra-wide camera with Zeiss branding. We also anticipate a 6.22-inch display.

It looks like the lens itself is 48 megapixels. I am speculating that perhaps, it downscales the final image to the supported 25 megapixels of its processor.

Like you said, there's many aspects to a smartphone. So by having a big range of processors, companies can choose where to allocate cost if they want a good screen/build quality/battery etc.