The Nokia XL has a 5MP autofocus camera with LED flash, the only serious camera from the X family. The XL is the only phone of the three with a front-facing camera, a 2MP shooter.

The camera interface is simple with the most used options - flash mode, white balance and exposure setting - available right on the viewfinder. From the menu you can also pull out a surprising amount of advanced settings - ISO, sharpness, saturation, noise reduction among others.

After the Nokia X we weren't expecting much, but the XL pleasantly surprised us. The camera captured a good deal of fine detail, though that came with a good deal of oversharpened noise. We found that the default setting of Sharpness Level 2 is too strong, while Level 0 left the image blurry. Thus the sweet spot is Level 1, which reduces the visible noise without harming the fine detail much. We do wish we had an intermediate option between 0 and 1 though. The Reduce noise toggle had only a minor impact but you might want to try it too (we left it off for these camera samples). 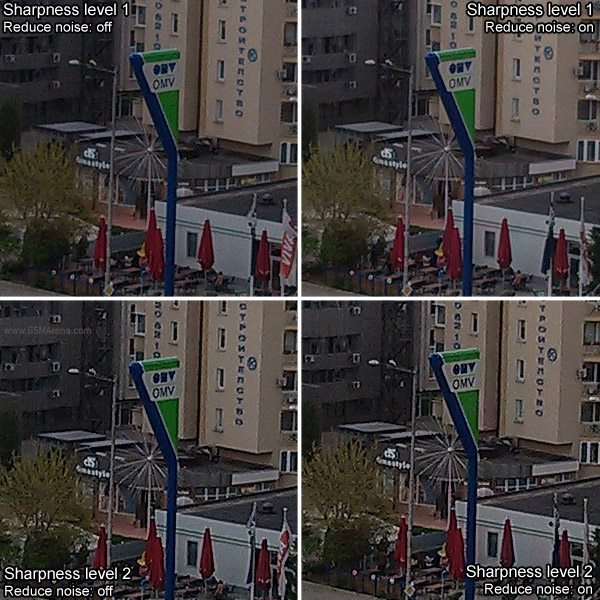 Other than that, the white balance was too cold for our liking but again you can use the settings to try and tweak it (the daylight option seems to work well for this). We would have preferred if Nokia picked better default settings, but overall with five minutes of tweaking the Nokia XL can be a good 5MP shooter. Nokia might tune the defaults for the retail version, but take a few photos with different settings to find the one you like best.

Note: The camera samples below were shot using the default settings.

Nokia XL is also capable of 180-degree panorama shots at 2500 x 500 resolution maximum (handshake will reduce this resolution as the phone has to crop out bad areas).

We used the default settings to shoot the charts with our review unit. A different white balance option would have fixed the blue tint visible on the second chart, but unfortunately there's no single option that works well for all situations - that's what Auto was meant to be (so it's the mode we used).

FWVGA video is not up to par

Despite the still camera update, the Nokia XL is still limited to FWVGA video (that's 854 x 480) shot at 30 frames per second. You can select between different video encoders (H264, H263 or MPEG4), but unfortunately there are no options for sharpness or colors.

"Unfortunately" because the video quality leaves something to be desired. The captured detail is quite low, seemingly harmed more by the strong compression than the low resolution (compression artifacts are quite visible). We tried the other video encoders, but those didn't do any better. They all used the same bitrate. 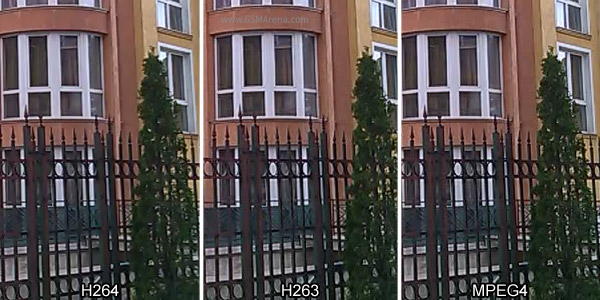 The Nokia XL records mono audio and you get a choice between AAC and AMR-WB. AAC is the superior codec in general, the other is the standard for HD voice calls. AAC audio is captured at a good 96Kbps but a disappointingly low sampling rate of 16kHz.

Colors seem off due to an uncorrected pink spot smack in the middle of the image that throws off the color balance. The continuous autofocus is much too aggressive and refocused constantly, but there's no option to reign it in.

You can also download this untouched camera sample - 15s, 4.1MB.