Nokia has once again gone to Twitter to tease its upcoming October 22 event and this time we got to learn its location. The venue will be Nokia World and the place is Abu Dhabi with the date being October 22. 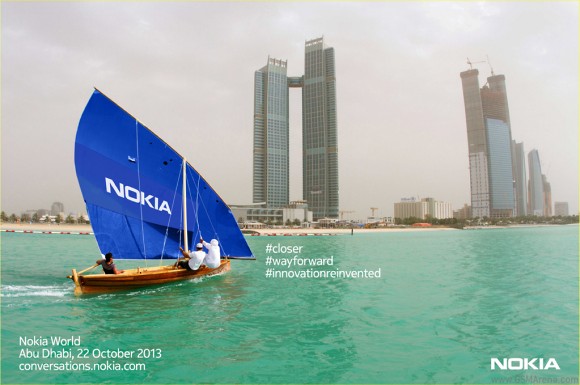 At #Nokia, we believe in technology that brings people closer. Join us on October 22 #innovationreinvented pic.twitter.com/Rc7w4FTAJ3

The most obvious suspect to debut at the event is the Lumia 1520 that goes by the name of Bandit. It's supposed to bring two firsts for the Windows Phone realm - first 1080p smartphone and first phablet.

wooooooow what a phone nokia designed i think nokia 1020 its a super phone 41mpx camera thats super. but is it true that the national geographic photographer is using that phone now for his projects?

what's wrong with you all i really like wp8 and i think nokia did the right thing but i am not really comfortable with their design language at all . i desperately waiting for surface 2 like build quality coupled with fast processor and i will say fa...

Nokia plz hurry up in android