The CEO of ST-Ericsson got chatty in front of Forbes and said that Nokia’s Windows Phone 7 devices will be powered by the U8500 dual-core CPU and its successors will go on to power Windows Phone 8 phones too.

So far, Windows Phone 7 devices have been exclusively powered by Qualcomm chipsets (due to Microsoft’s limiting guidelines, which were revised recently). ST-Ericsson’s CEO however says that they will be one of two chip suppliers for Nokia’s WP7 phones (he didn’t who the other was). 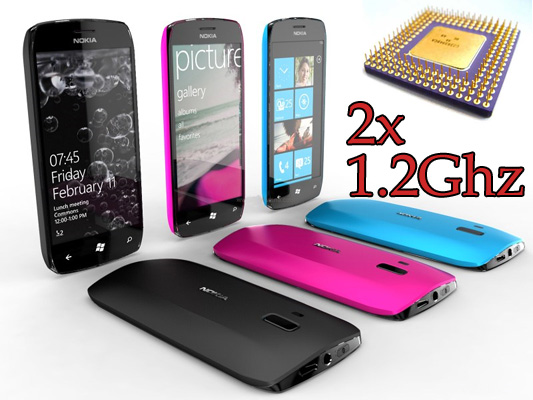 The first Nokia devices will use the dual-core U8500 chipset, which has been seen running at 1.2GHz. Things might change by the time these devices come out, but they look to be the first dual-core Windows Phone 7 handsets.

The CEO also said that over the course of 2012 Nokia will release 12 Windows Phone 7 devices that will be based on future versions of the U8500 chipset. He also believes that ST-Ericsson will be a key supplier for Windows Phone 8, yep that's 8.

The Mango update is v7.5, so Windows Phone 8 is already very likely in the works (and the rumor mill suggests that it and Windows 8 will be closely related).

I am not too fond of Nokia since they ve stayed behind of the times for some time now but a Nokia WP7 phone is tempting.

its a WP7 phone not symbian ... why don't you read the article before posting.