Note Edge won't be cheap, Note 4 lands in China on the 26th

The recently announced Samsung Galaxy Note Edge is already up for pre-order in Germany, though it's been priced at a rather insane €1,000. It turns out, however, that it might actually be that expensive.

Over in China, an employee at the country's biggest carrier used the Weibo microblogging network to post about the Note Edge's price. This will apparently be over CNY 7,000. At the current exchange rates, that equates to $1,139 or €880. 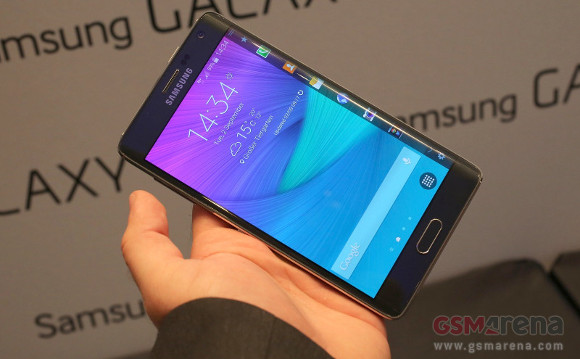 And since €1,000 is technically more than €880, you probably shouldn't expect to see the Note Edge in the 'bargains' category at any retailer.

Interestingly, the aforementioned China Mobile employee later took down his post about the Note Edge, so let's count this whole thing as an unconfirmed rumor for now.

On the other hand, the same individual has since written about the Galaxy Note 4's launch in China. Apparently this is set to go down on September 26, in fact the exact same day on which we've recently heard that the new phablet would become available in South Korea.

That's pretty much in line with what the Galaxy Note 3 went for when it arrived last year - China Mobile sold it for CNY 5,399, while the other carriers asked for CNY 5,799.

Anyway, don't forget to take all of this information with a grain of salt for now, since it comes from just one guy.

t necessarily worried about the price I'm more worried about will they deliver the edge Bucause if samsung do not put the samsung edge out i will be going to apple soon and so are a lot of people in the united states so let use know are we are gone s...

Hypocrites, a company wont come up with a price if they did not worked hard for it. If you want all what you desire on a phone then this is it, but if you want it cheap then dream low. Most of those who complains are basically dimwitted by the norms ...