After the Galaxy S6 edge+, Samsung has started rolling out the Nougat update to its Galaxy S6 and S6 edge smartphones in India. Weighing in at over 1,245MB and arriving as build number G920IDVU3FQD1 and G925IDVU3FQD1, respectively, the update brings along Android version 7.0. 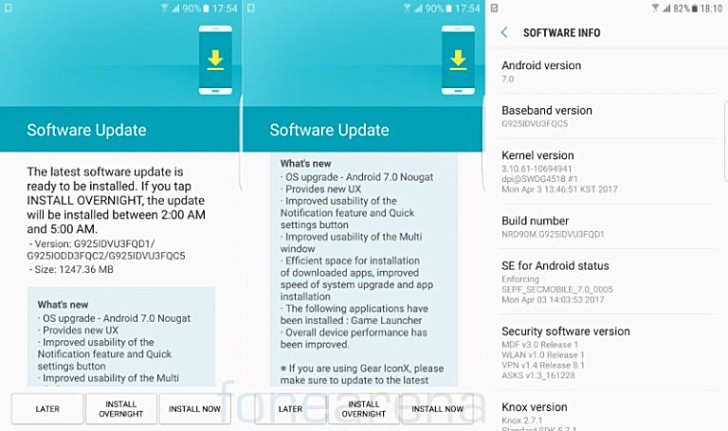 Aside from the new OS (and the changes/new features it brings along), the update also includes some performance improvements as well as Android security fixes for the month of March. System upgrade and app installation processes have also been enhanced.

After 7.0 update in SM-G925i. Yesterday evening I got New update (226.89 MB). Not sure what changes are made with this. Security patch level is also Not changed here it is still march 2017 came with Nougat update. Is there anyone else who got this up...

I am little disappointed after Nougat update in my s6 edge. No doubt the software looks brillant and it feels like new but The Performance gets Poor. Now the phone can't bear little heavy applications. I was enjoying playing games like Asphalt Nitro ...