Samsung has finally released the Nougat update for unlocked Galaxy S7 edge (G935U) units in the US. Reports say the over-the-air roll out hasn't yet begun, but what's confirmed is that you can download the update through Samsung's Smart Switch. 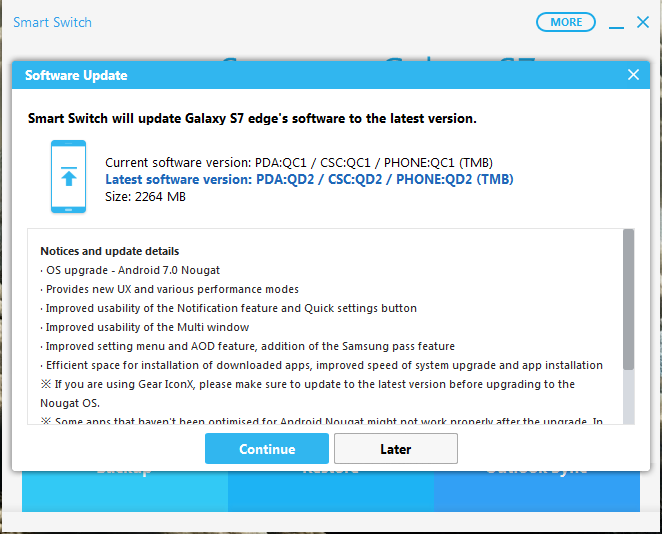 The update weighs in at 2,264MB, and also includes Android fixes for the month of April. There's currently no information on when the OTA roll out would begin, as well as when the update will be available for the non-edge variant, but it shouldn't be long now. 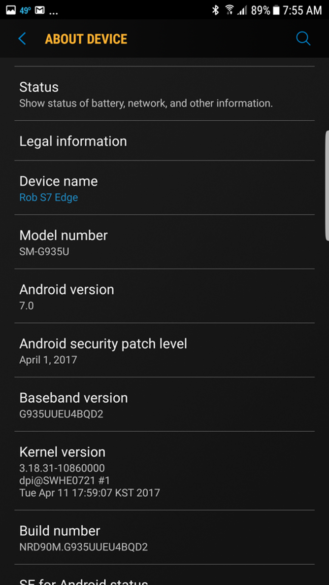 2.2GB? Dafuq! My OnePlus 3 had the update ages ago and @ only 1.3GB! Samsung's bloatware really brings any of their flagship down.

my s7 had that 2-3 months ago I do own an s6 too but i managed to get the nougat with root earlier than on the s7 Samsung isn't the best at software updates,but the support on their phones is amazing,youc an literally find a solution for everythi...