Looks like the Samsung Galaxy A3 (2017) will be soon get the Nougat update. The device - powered by Android version 7.0 - has been spotted on benchmarking website GFXBench, indicating that the update is being tested by the company. 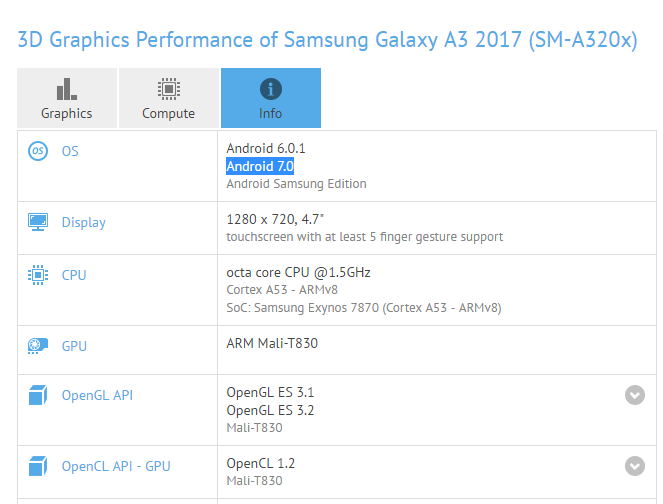 The handset was made official back in January this year, and it runs Android 6.0.1 (Marshmallow) out of the box.

Sadly, there's currently no information on exactly when the tech giant will push out the update. Here's hoping that testing goes smoothly and the update arrives sooner rather than later.

This A3 could have been so great if it wasn't for the glass back, non-removable bat. and the €250+ price tag. with Notification LED.