Nova Launcher Prime again down to $1

The Prime version of the Nova Launcher is once again available for under $1 ($0.99 to be specific) on Google Play. In case you don't already know, that's down from the app's usual price of $4.99. 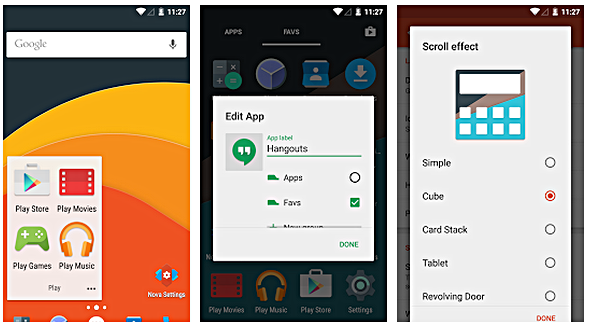 As the name suggests, the Prime version unlocks all the Pro features in the standard Nova Launcher app. Some of these include gesture commands, custom drawer groups, unread counts, as well as the ability to hide apps and set custom actions for swiping on app shortcuts or folders.

No my dear so long as you use same google Acc.

But its makes phone so pretty! unlike all those icons splashed everywere isore !