While we already know the November security update for Nexuses and Pixels has started rolling out, Google has now confirmed that the update brings a couple of major Pixel 2/2 XL-related changes.

In a post on official Google forums, company employee Orrin has revealed that the update not only fixes the clicking noise issue with the device, it also brings a new Saturated mode. 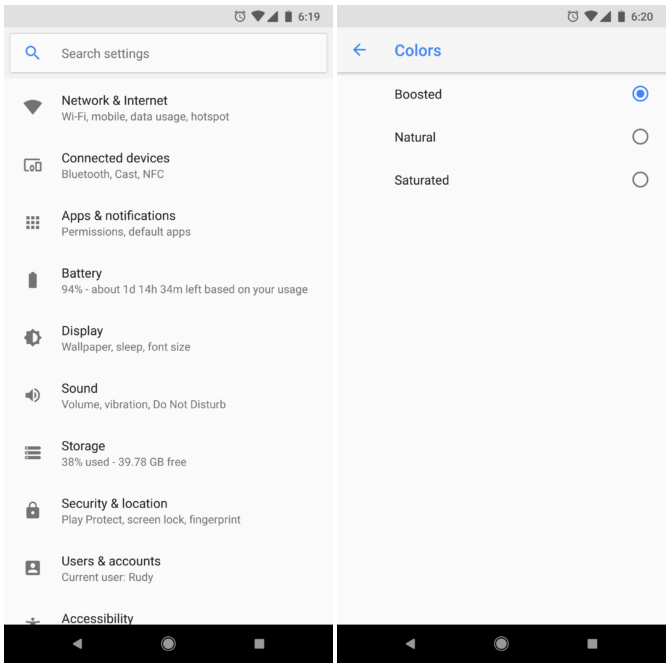 The option can be accessed by heading to Settings->Display->Advanced->Colors.

In addition, the update also includes some UI-related changes that the company says will extend the life of the OLED display. These include the ability for the navigation buttons at the bottom to fade out, and an update to maximum brightness.

But What about that ULTRA HIGH FREQ sound when you call somebody.. this wont get fixed?? If i asnwer calls.. its ok.. if i call to somebody.. i always hear this high freq sound...

Excellent, thanks. Nice to hear that. I dont use a lot of apps except Notepads and other general ones but I do want a smart looking unit with a great camera and freedom of Android so the Pixel is great and the Google eco system is really developing....