Google's Pixel 2 series of smartphones may have had a rough journey so far, with hardware/software issues being uncovered every other week, but this can't take away the fact that the devices feature a pretty impressive camera.

One of the most popular camera features that Pixel 2 offers is portrait mode. While Google hasn't yet made available the functionality on any of its earlier phones, users of first-gen Pixel phones as well as Nexus 5X and 6P can now access it on their devices. 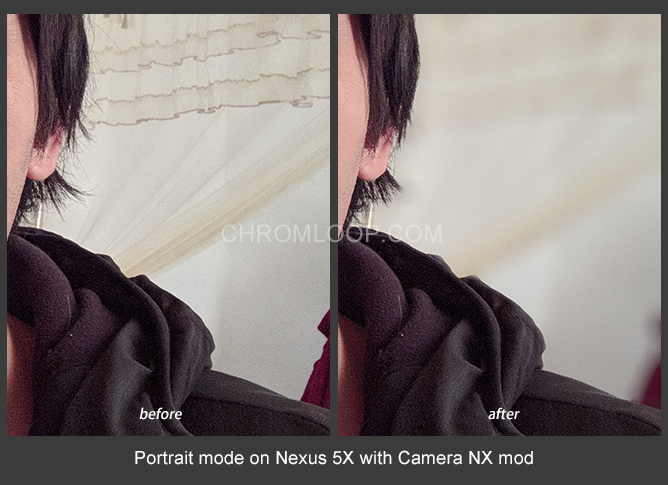 This is all thanks to developer Charles Chow, who has included the feature in version 7.3 of their Camera NX app. In a post on their website, the developer says the functionality has been tested on Nexus 5X, although it should work on Nexus 6P and OG Pixel phones as well.

For more information - included all technical details - head to the Source link below. To download the Camera NX app, head to the Download link below.

I tried this on my Nexus 5X and it works perfectly! I was thinking of upgrading my phone since it is outdated without the trendy Portrait Mode of late but was confused as to which phone I would choose and then further constrained by budget. But now I...

Does this also work on other devices like HTC, LG, Sony etc?

Just tried this magic work on my 5x and the results are mind boggling. Both front and rear cams are supporting a "portrait mode" with this app! Big shout out to the developer. App of the year! Please publish on Play Store for the wider audience.