NTT DoCoMo unveiled a whole roster of new devices for its Winter 2013/Spring 2014 lineup, not just the Xperia Z1 f. Some of those are current devices, though some seem to have differences. 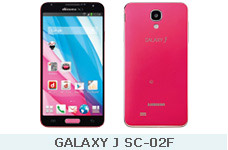 The Samsung Galaxy J will launch at the end of October.

Then there's the Galaxy Note 3, which is virtually identical to the global version of the N9005 Note 3 (that's the Snapdragon 800 one), except it packs FeliCa NFC, much like the rest of the new devices. 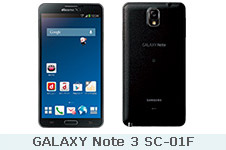 The Note 3 will be released on October 17. The NTT DoCoMo will also be carrying the Galaxy Gear smartwatch, though the launch date for that one is unclear.

The G2 seems almost identical to the global version, except it has a 2,900mAh battery, not 3,000mAh. And unlike the Korean version, it doesn’t seem to have a card slot to compensate. 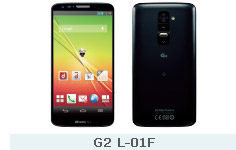 This one will be available on October 11.

The Sony Xperia Z1 is virtually identical to the worldwide version, it will launch October 24. The mini version, Z1 f, will come out later at the end of December. 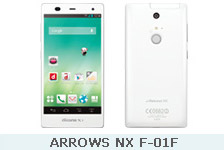 Sharp has a water-resistant 5" 1080p phone too, the Aquos Zeta. It has a Snapdragon 800 chipset and a 16MP camera, plus a 3,000mAh battery. This one is slated for the beginning of November.

The ZETA will have a special Dragon Quest-themed version coming out in December too. 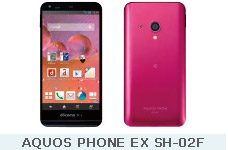 Fujitsu has a kid-friendly Disney-themed phone for the middle of December, but the specs are pretty great for a kid phone – a 4.7" 720p screen, Snapdragon 800 chipset, 13MP camera, 2,600mAh battery and IP58 certification. 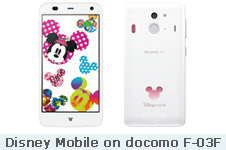 Sharp has a kid-friendly phone as well, the Juniors2. It's lower-end with a 4.1" qHD screen, dual-core Snapdragon S4 Plus chipset (2x 1.5GHz Krait). It has a small 1,660mAh battery, slower Xi LTE (75Mbps downlink and 25Mbps uplink) and a 12MP camera, but it still comes with IP57 certification. 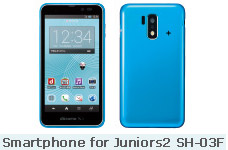 This one will come out in February.

NTT DoCoMo has two feature phones coming out, one at the beginning of November and one at the end. Both are flip phones with 3.4" FWVGA screens, 7.2Mbps HSDPA and IP57 certification. The first one is by Panasonic and has a 5MP camera, 0.9" external display and 800mAh battery.

The second one is by NEC and has a higher-resolution 8MP camera, bigger 1,010mAh battery and a 0.8" external screen.

Android isn't suitable for kids as it houses just too much pornographic apps. For a kid, Windows phone 8 is the best. Just my personal opinion.

Not a screen under 4" (except the flip phone) Did pockets get larger when I wasn't looking... Why are these things so *big*?