Nubia unveiled the Red Magic 3 gaming smartphone in late April, and more than four months later, the company is all set to bring one more gamer-centric phone to the market - Red Magic 3S.

The Red Magic 3S will be announced next week on September 5 at an event in China. 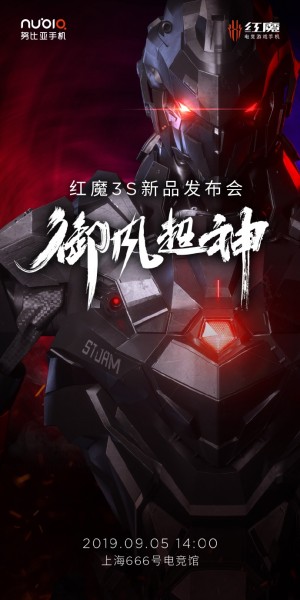 The unveiling is less than a week away, but we may hear more about the Red Magic 3S in the days leading to the official announcement.

That always been the case with any smartphone manufacturers. In the end, we don't even know if we want to pick the original or the updated one.

I would stay away from this company as far as possible. If you need to return the phone or there's issue then good luck finding support, they dont even have a phone number listed only an email and that takes days to a week if you're lucky to get a re...

Hummm, how are they putting out a 3s and cant even meet production on the 3? I check at least 3x a week for the 12/256 and nothing. Dont think that phone sells out that fast. And when you ask for info, you would think that they would respond but its ...