ZTE sub-brand nubia has confirmed a few features of the Red Magic 3S that's slated to go official on September 5 at an event in China. 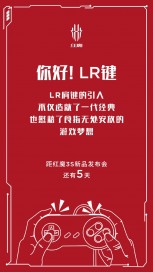 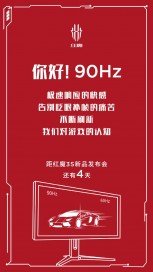 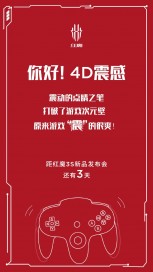 nubia also revealed that Red Magic 3S will feature LR Shoulder Buttons (machine translated from Chinese) which are likely to be similar to the capacitive triggers we saw on the right side of the Red Magic 3.

Well, we don't have to wait much to know more about the phone's specs, pricing, and availability as we are just two days away from its official announcement.

I really wonder where this Gaming phones evolution will end. What else is possible to improve in a gaming phone.

I imagine 5D feedback would be the phone screaming in pain when squezzed or something :D

That could happen next year. Just be ready to lug around a gaming phone with 60-70% of the weight being the 8000mah battery.