nubia Red Magic Mars comes with up to 10GB of RAM, shoulder buttons

The nubia Red Magic Mars has entered play and it packs some big guns. It upgrades to a Snapdragon 845 chipset (the original had S835), there’s a system called ICE (dual heat pipe and convection cooling) that cools down the hot tempers of the God of War (after which the phone is named).

The Red Magic Mars offers up to 10GB of RAM and 256GB storage. The base model starts at 6/64GB, though. The phone runs Red Magic OS 1.6, which is based on Android 9.0 Pie. There’s a dedicated esports button, that disables any distractions. 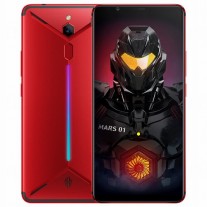 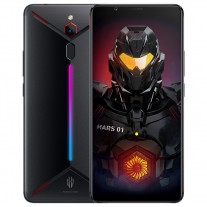 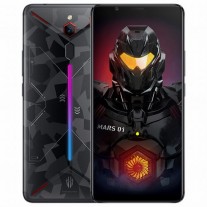 Games are played on the 6” IPS LCD screen (1,080 x 2,160px). There are two touch-sensitive areas on the side of the phone, which act like shoulder buttons. A linear motor is used to create the “4D Shock” haptic feedback. There are stereo speakers with DTS 7.1 audio for an overall engulfing experience (plus, directional sound is very important in many games for locating enemies).

You can buy Bluetooth-connected gaming controllers for even more hardware buttons. There’s also a box that combines USB-C charging and a 3.5mm headphone jack (it has a high-quality DAC inside). There’s also a headset with a microphone and other accessories.

The nubia Red Magic Mars comes with a 3,800mAh battery. There are Meteorite Black and Flame Red color options, plus a special Camo version for the top model. All have futuristic decals and the trademark RGB LED strip.

For capturing the real world, the Mars has a new 16MP camera with an f/1.8 lens (the original Red Magic had a 24MP f/1.7 camera). There’s a single 8MP selfie camera on the front.

I'd imagine Nintendo legal is going to have something to say about those Switch controller rip-offs. Uh-oh.

Shhhhh, I may be a Pinoy but here, we don't take kindly to those political sentiments. Separate the Art of the nubia phones from the artists, the makers.