nubia to announce its smartwatch alongside the Red Magic 5S

Nubia made the Red Magic 5S release date official last week and scheduled an event for July 28, but it's only now that the company is teasing its smartwatch. It will arrive alongside the gaming flagship as per this short Weibo post. Nubia also revealed several key design features of the watch. 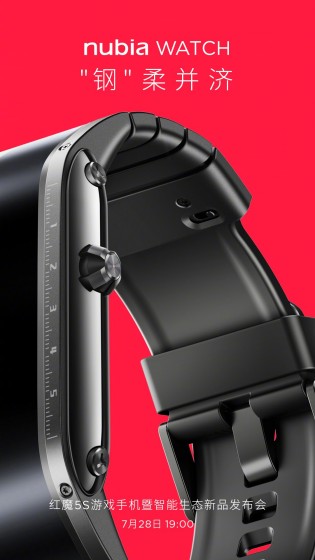 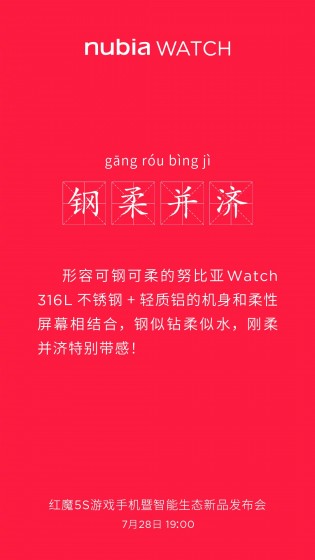 The teaser posters from Weibo

For one, the device will come in "soft" 316L stainless steel and aluminum body and from what we can see on the posters and the one render on nubia's official website, it will boast a curved OLED display and what appears to be a rotating Apple Watch-like crown on the side. It looks more like a band than a watch but we will refrain from slapping any labels before the device makes an official appearance.

What's curious is that nubia is marketing the watch as "economic", which probably means "affordable" or "ecological", which is pretty self-explanatory on its own. We can't be entirely sure because we don't fully trust Google Translate's knowledge in Chinese. Perhaps, we will know soon enough.

with s version expect improvement from the original

I hope the 5S doesn't look as cool as the 5G. I bought the 5G and I don't wanna spend more money