Arguably, the best feature is the main display achieving 93.6% screen-to-body ratio. It uses and LCD panel, while on the back you get a secondary OLED screen. The main display has a FHD+ (1080 x 2280 pixels) resolution and a 6.26-inch diagonal with a tall 19:9 aspect ratio. The secondary one stretches to 5.1" and has the same 19:9 aspect ratio but lower HD+ (720 x 1520) resolution. The latter can be used as additional controls during gaming and can be mapped to your liking.

The ZTE nubia X are powered by a Snapdragon 845 chipset paired with either 6GB or 8GB of RAM while storage can go up to 256GB and 64GB is as low as it gets. MicroSD card expansion is not supported.

The nubia X doesn't have a front-facing camera, as you can easily snap selfies with the dual setup on the back using the secondary screen. You can expect some pretty sharp stills from the 16MP main lens with f/1.8 aperture while the 24MP unit boasts a brighter f/1.7 lens. The cameras are aided by AI scene recognition feature and PDAF phase detection autofocus.

The nubia X comes with a 3,800 mAh battery that promises to last at least a full day of usage and we have Android 8.1 Oreo out of the box with nubia's UI 6.0.2 on top.

Interestingly, the phone also has two fingerprint readers positioned on the two sides. Depending on which one you use, you can unlock either screen. The scanners also double as navigation buttons, which is kind of cool. Sadly, there's no 3.5mm audio jack. 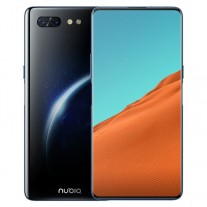 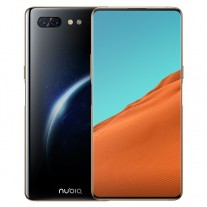 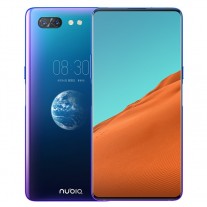 Those noobs that compalining about the case, just put a supported bumper case and slam screen protector on back and front morons.

LoL double camera. now double fingerprint scanner? like wtf Chinese innovations up to? all are useless.

I wonder how are they going to put a case on this phone?