Nvidia officially announced today its long-awaited Shield Tablet. The slate is geared towards gamers and packs quite a punch with an 8" IPS LCD display with a resolution of 1920 x 1200 pixels and the company's monster Tegra K1 chipset. 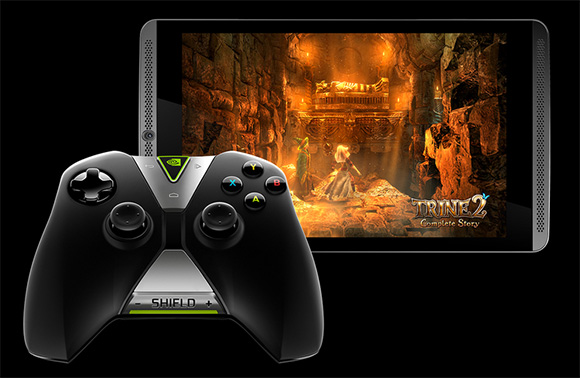 It's comprised of a 2.2GHz dual-core Cortex A15 CPU, 2GB of RAM and a 192-core Kepler GPU. This allows the Shield Tablet to output 4K videos through its microHDMI port as well as stream games from a GeForce GTX-powered PC through the Nvidia GameStream technology.

The front and rear cameras of the tablet are both 5MP, while the battery is quoted to endure 10 hours of HD video playback and 2-4 hours of gaming (depends on the graphics intensity). The internal storage can be expanded by up to 128GB thanks to the microSD card slot. 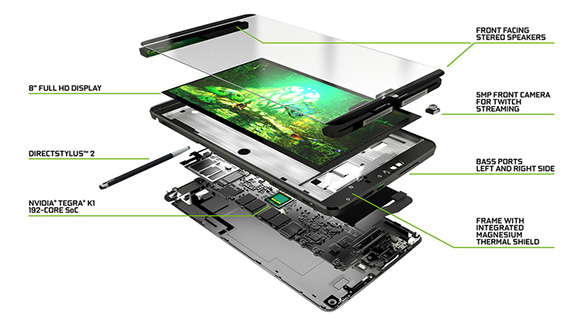 The gaming slate comes with Nvidia's DirectStylus 2 passive stylus which is GPU-accelerated and allows for cool drawings thanks to the Nvidia Dabbler app.

What's not included in the package though, is the company's new Shield wireless controller. It costs extra $59 and uses Wi-Fi Direct rather than Bluetooth to connect to the tablet because of the lower latency.

Up to four controllers can be connected to the Shield Tablet, which can stream to Twitch from both the front-facing camera and the game you're playing.

The Shield Tablet comes in a 16GB Wi-Fi and 32GB Wi-Fi + 4G LTE flavors and costs $299 and $399, respectively. Expect it to hit the US in the coming weeks, while the Europe and the UK customers can order one from mid-August.

But the battery, is it good?

Is gsm arena planning is making a shield tablet a in-depth review? I would love that, im planning im buying one here in europe and the other sites reviews are not as detailed. Cheers