NVIDIA has launched the long awaited next generation of graphics cards from the company, the GeForce RTX. Based on the company's new Turing architecture, the new graphics card focus on real-time ray tracing application in gaming as well as artificial intelligence. 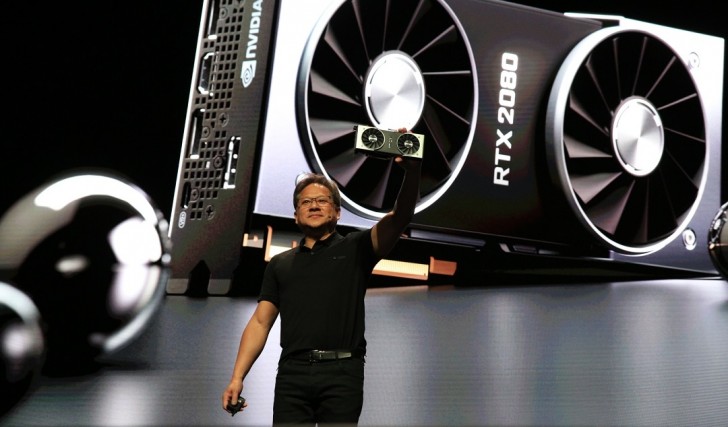 Turing is NVIDIA's brand new, eight-generation architecture that succeeds Pascal. It brings with it new RT Cores that replace the previous CUDA for ray tracing applications and also includes new Tensor Cores for AI. NVIDIA first debuted this architecture in the workstation grade Quadro RTX 8000, 6000 and 5000 GPU and it is now being brought to consumer grade graphics cards. NVIDIA claims Turing is 6X faster at ray tracing applications than Pascal.

A brief summary on ray tracing; in real world, we see because rays of light bounce off of objects. Ray tracing works similarly, where rays of light hit objects and then bounce off to the camera, sometimes directly, sometimes after hitting other objects in the vicinity, just like in real life. This light is then captured by the camera, which is then used to render the scene. The reflected light carries the information of the object it hit, based on its coded values, which is how the camera knows what it's 'seeing'. To make the process a bit simpler, the light is sent backwards from the camera to the light source, as it reduces some of the computational load.

An upside to this technique is objects can be made to look very realistic as they are lit in a very natural way. Reflections, refractions and shadows also work as they would in real life, which adds to the feeling of realism. It's not exactly photorealistic, but it's a significant improvement over current rendering techniques.

Because you need to calculate a ray of light for each and every pixel on your camera, which is your screen, ray tracing is extremely computationally intensive compared to standard rendering techniques. This is why it was only really used in 3D animation, such as animated movies, which are slowly rendered on a frame by frame basis over a period of several months. It was not at all feasible in 3D games, except it now is (on a somewhat simpler scale) using NVIDIA's new graphics cards.

The products launching today include the RTX 2070, 2080 and 2080 Ti. Along with the new RT Cores and Tensor Cores, these cards also include a new NGX neural graphics framework for AI algorithms, GDDR6 memory with 600GB/s bandwidth, new NVIDIA NVLink with a higher 100 GB/s bandwidth for SLI, hardware support for USB-C and VirtualLink, and other technologies such as Variable Rate Shading, Multi-View Rendering and VRWorks Audio.

NVIDIA has launched Founders Edition versions of each of these three cards. These feature a factory overclock, dual 13-blade axial fans, full-card vapor chamber, diecast aluminum cover, and DisplayPort 1.4a with 8K HDR at 60Hz support over a single connector. 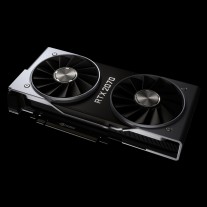 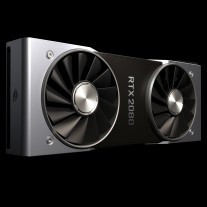 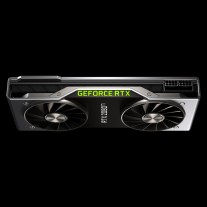 NVIDIA is working with developers such as EA, Epic Games, Square Enix on games with ray tracing. Upcoming games with ray tracing include Battlefield V, Shadow of the Tomb Raider, Metro Exodus, Control, Assetto Corsa Competizione and more. These games will utilize the new DirectX Raytracing (DXR) API developed by Microsoft on Windows.

I mean to say , you never had a $5000 gaming PC you Think Cheap gaming is like full gaming Online gaming will never replace FULL $5000 Gaming PC you are on the cheap side , you dont know anything for real My Cheapest gaming PC ...