NVIDIA, the American hardware company has officially launched its Tegra 4i chipset. Even though the name suggests it's a close relative to the recently launched Tegra 4 chipset, the new SoC is actually an updated version of last year's Tegra 3 with integrated 4G LTE radio. 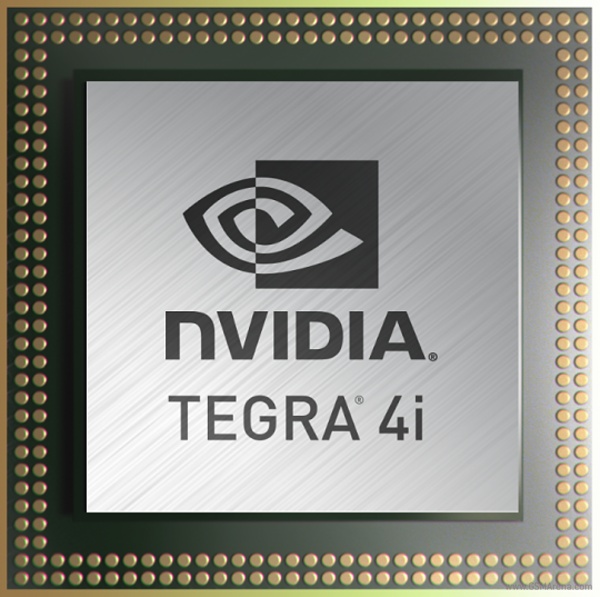 The Tegra 4i comes with four Cortex-A9 CPU and a fifth power-saving cores just like the Tegra 3, but its 60-core GPU should actually be closer in performance to the Tegra 4 72-core graphics accelerator. There's also the integrated 4G LTE, which is a first for NVIDIA chipsets. This will help NVIDIA offer an all in one solution, something its Qualcomm rival has been doing for a while now.

An important advantage of NVIDIA's Tegra 4i is that it's half the size of a quad-core Qualcomm chipset, which should have a beneficial effect on battery life.

As expected, the chipset also comes with the improved camera features and along-side "always on HDR" mode, Tegra 4i processor is now capable of taking full panoramic HDR photos. 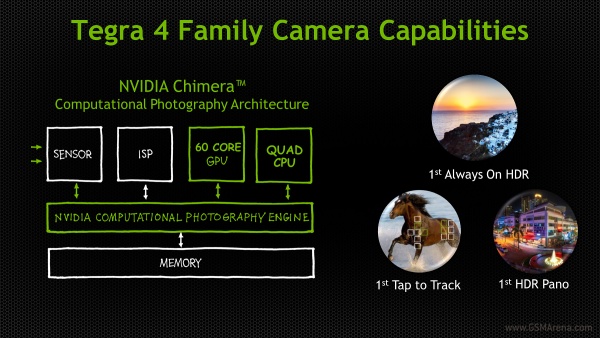 Tegra 4i is rumored to be available in the market by the end of the year and is expected to power mid-range smartphones manufactured in 2014.

something wrong on new exynos5 of samsung. samsung can make a mass production of its own chips why thy used s600. maybe its not perpect only marketing is perpect, next chips will made by samsung used powerVR like used of apple. exynos and tegra4 is ...

but sg4 drop a exynos

I like qualcomm but Exynos 5 octa will conquer the future.