Yesterday the official Gingerbread update for the Samsung I9000 Galaxy S leaked in the XDA Developers forum. This means that the Galaxy S will indeed get the Gingerbread treatment, as we reported this weekend. 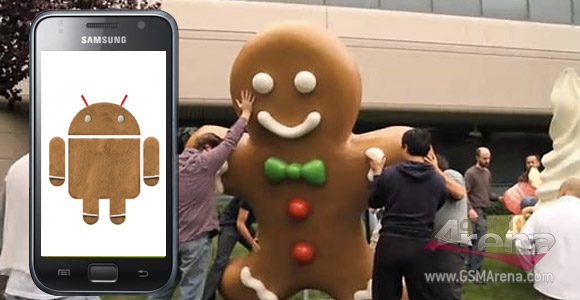 Note that this is the 2.3.2 version of Android and not version 2.3.3 that was released for the Google Nexus S and Nexus One earlier last week.

The leaked source code is still in a beta stage and some people report that either it's not working properly, or they can't get it to work at all. For most users though there seem to be no problems.

Update, we already gave it a spin, check out our first impressions and benchmarks here.

Nevertheless, approach with caution and read the XDA forum carefully before doing anything. Happy flashing!

Best of all, devs have succeeded in rooting the software already.

can any one help me out by saying the procedure and sending the link for upgrading the android version of samsung galaxy s. and plz mention to which version it will get upgraded to

i installed the 2.3.2 on ma galaxy s and it is give me a whole lot of problem... it says update mode and the phone restart itself and frozen .. can anyone help me out..