Honor 9 was expected to be launched on June 20, but an earlier date was leaked last week. A media invitation suggested June 12 and now Huawei confirms the launch will indeed happen then. 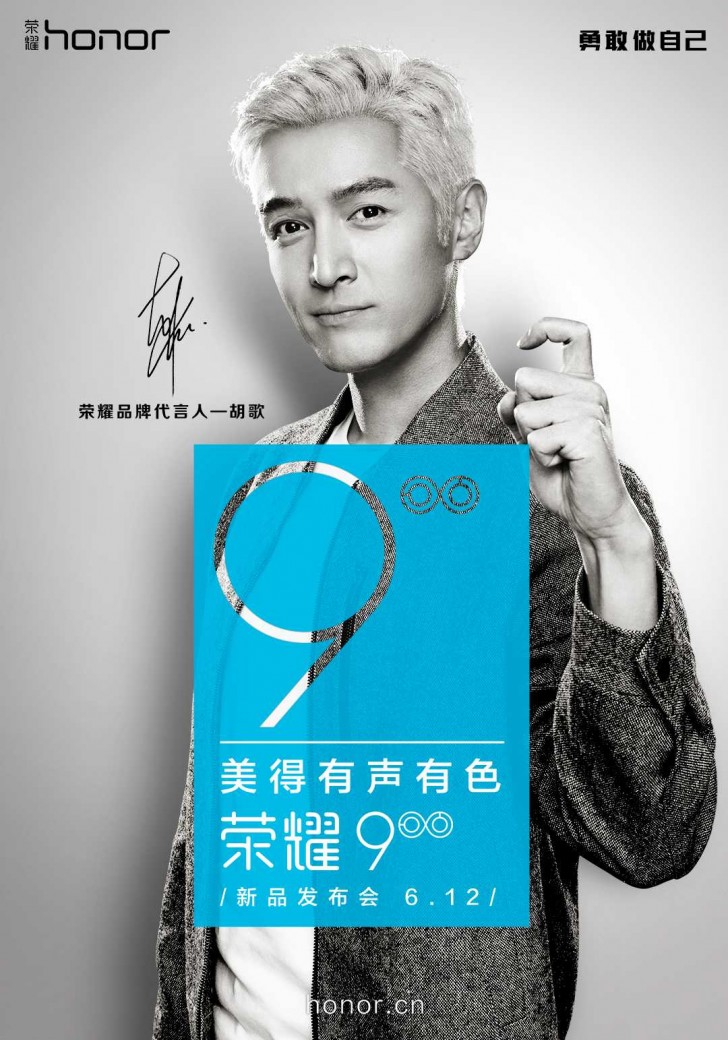 The poster roughly says “Beautiful and Colorful” under the "9" logo. It also stars the famous Chinese actor and singer Hu Ge with silver hair. He is posing with his hand in a gesture imitating taking a picture, hinting that Honor 9 might its camera as a key selling point.

Honor 9 is expected to be announced with 5.15” display with Full HD resolution and a Kirin 960 chipset. On the back you will find two cameras - 20 MP and 12 MP while the fingerprint sensor will move to the front, doubling as a home button.

After the official launch in Shanghai, the phone is expected to be announced in Berlin for the European market on June 27.

I am not sure if Xiaomi copied Huawei's designs or Huawei copied Xiaomi's designs.

so worse design then honor 8 and no headphone jacket? sounds like a fail phone...

Oh, white/silver hair coming into fashion - great, now that my hair is getting grayer by the day.