Sony's alleged next flagship droid has leaked anew this time with an official photo. The Sony Xperia C650X Odin official photo is a render, which looks pretty close to the Sony Ericsson Xperia X2 and slightly resembles a Motorola RAZR with its beveled edges and use of metal in the frame.

The render is very close to the previous live picture we saw of the Xperia Odin. 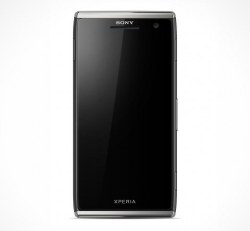 The Xperia C650X Odin is rumored to feature a 5" screen with the impressive 1080p resolution, resulting in an mind-blowing density of 440 ppi, a quad-core Snapdragon S4 Pro processor with four 1.5 GHz Krait cores, a 13 MP snapper on the back, 2 GB of RAM and 32 gigs of internal storage.

Judging by the specs the Sony Xperia Odin should give the HTC J butterfly a run for its money.

Still the render could turn out to be a well made hoax and all the rumored specs are subject to change.

The Xperia Odin specs looks really good! At last! One smartphone worthy of atention, and surely a good change for my Xperia Pro, which is the best one out there right now :P :P :P :P I hope it has Adreno 320 GPU, and also HDMI port, it'd be stupid if...

I like this design pretty much and I am expecting not too expensive .

Strong Users replaceable battery + SD card memory support is a must to catchup GN II / gs3. without those essential hardware facilities for users even 440 ppi screen resolution might failed badly !