The latest set of leaks comes from WinFuture where official renders Samsung’s new foldable clamshell smartphone have surfaced. The outlet has a great reputation for releasing renders of a device before they hit the main stage, so these renders look quite promising.

The concept images that we’ve seen over the past few weeks were quite close to the final product (those were based on leaks and rumors), but these renders are certainly more Samsung-esque.

Starting with the screen, we’re getting a vibe of the Galaxy Fold’s plastic bezel around the display. Remember this bezel was improved upon following the initial recall of the Galaxy Fold - the plastic display protector from the Fold was later tucked under this plastic trim so the user wouldn’t be inclined to remove it. 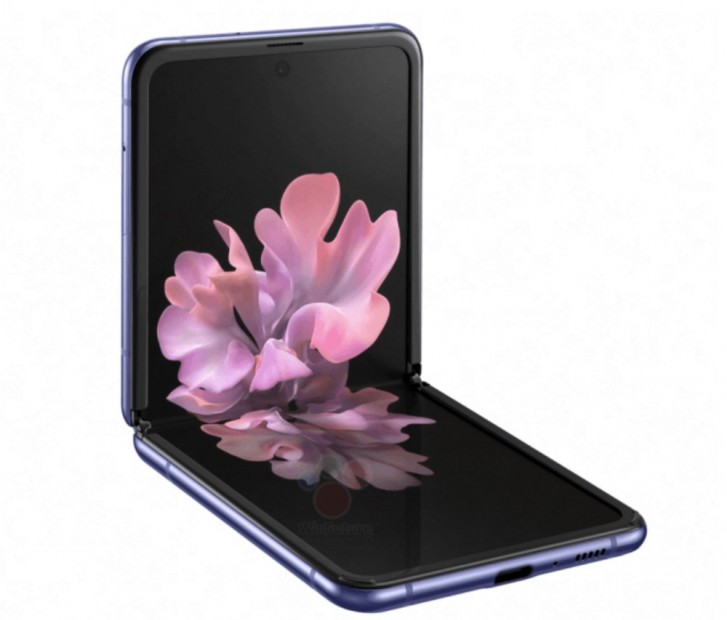 As per the report, the screen unfolds to a 6.7-inch display with a rather tall 22:9 aspect ratio. Samsung is reportedly calling this the “Infinity Flex” display. It’s resolution is expected to be Full HD+ with HDR+ support. Meanwhile, that selfie camera mimic’s the cutout of the Infinity-O displays on the Galaxy Note10. The phone opens freely thanks to the hinge’s design. It can be used adjusted between 70 and 110 degrees and Samsung reportedly claims it can be easily propped up on a table. 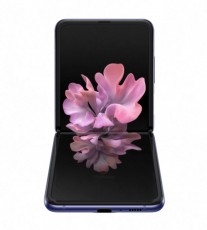 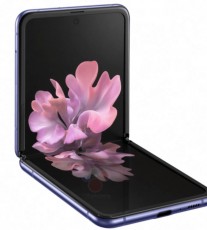 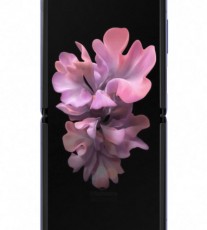 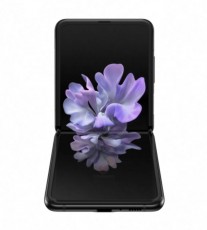 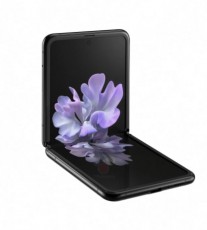 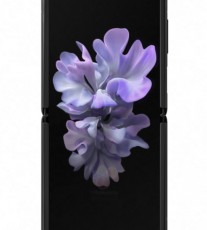 The lower half of the screen has two nubs where the two opposite plastic trims rest on each other as to not let the actual display make contact when closing too hard. Rumors have suggested that the Z Flip will use a very thin layer of glass in the display – so we are hoping that Samsung is able to pull this off.

On the back of the phone, we see an outline of the small 1.06” external display (300 x 116 px) next to the dual-cameras. The screen will support always-on features and is said to be Super AMOLED – we’re hoping it can display colors. Both halves of the back of the device are made with Gorilla Glass 6 featuring tapered edges to give it a nice curvy feel in-hand. 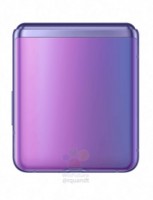 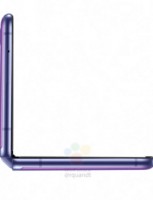 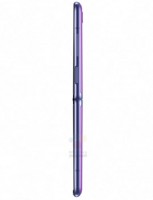 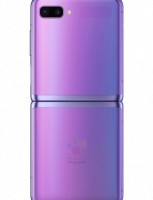 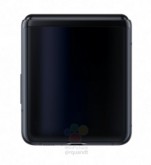 Next up are the specs. There’s a lot to cover so we’ll list them out:

The Galaxy Z Flip is rumored to cost €1,500 or $1,400, and reported to go on sale on Valentine’s Day, February 14. We’re expecting it to be announced alongside the Galaxy S20 series next month at Samsung’s Unpacked event on February 11.

May be you should check your dates and calendars again. So explain to us again, how is the fold necessary? Now you've noted several 'normal' accepted phones are similar sized. Your father after going through this thread: I AM NOT YOUR DAD...