Omdia: Quad-cam smartphones have become the most popular among consumers

Smartphone companies have been launching devices with three or more cameras since the beginning of 2018 and the multi-cam approach became practically universal. According to research agency Omdia, quad-camera smartphones are most popular among consumers in 2020, surpassing the triple cameras solution. 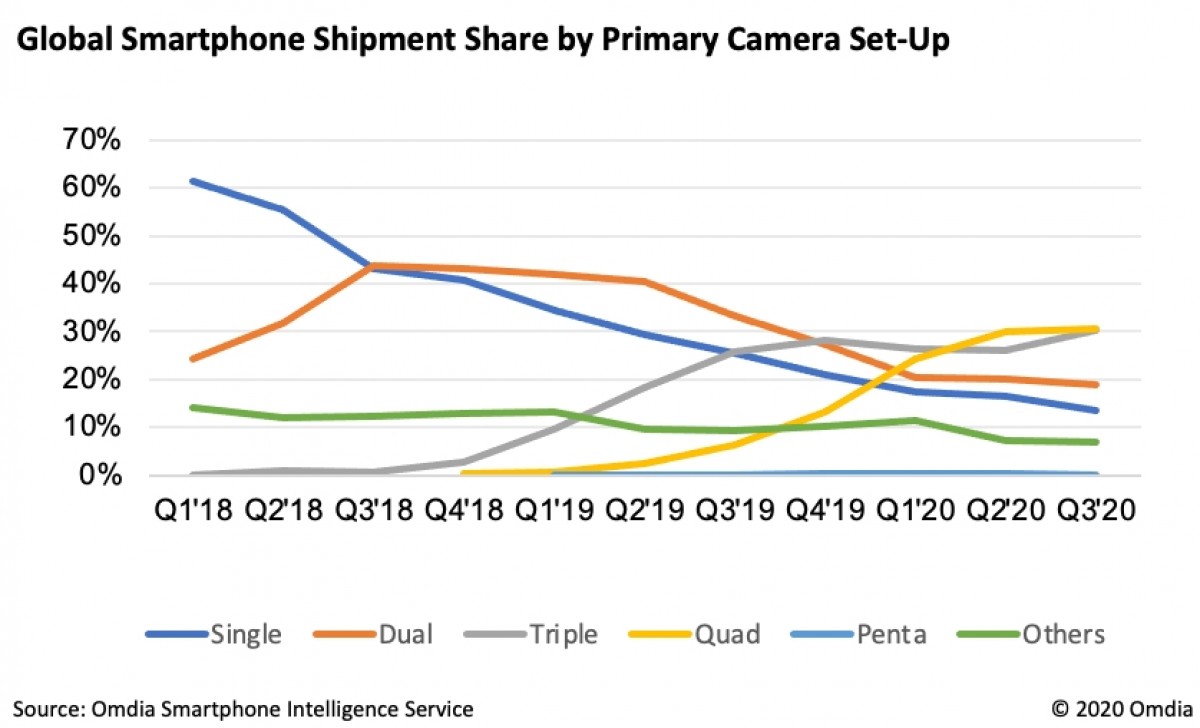 Advantages of multiple cameras are obvious - with more lenses and sensors, smartphones can take better variations of photos without compromising the quality.

Omdia said that phones with multiple cameras are no longer considered premium - the feature has become a necessity even in mid-range to low-priced smartphones. Of course the majority of the quad-camera setups in the mid-range and entry level segments add macro and depth sensor cameras, which are mostly there to make the numbers, and we mostly get a regular plus ultrawide setup posing as a quad camera.

Speaking about Q3 2020 alone, nearly 60% of all shipments were of smartphones with four cameras, with Realme being one of the companies that hasn’t shipped a single-cam phone, simply because it discontinued its only such device. 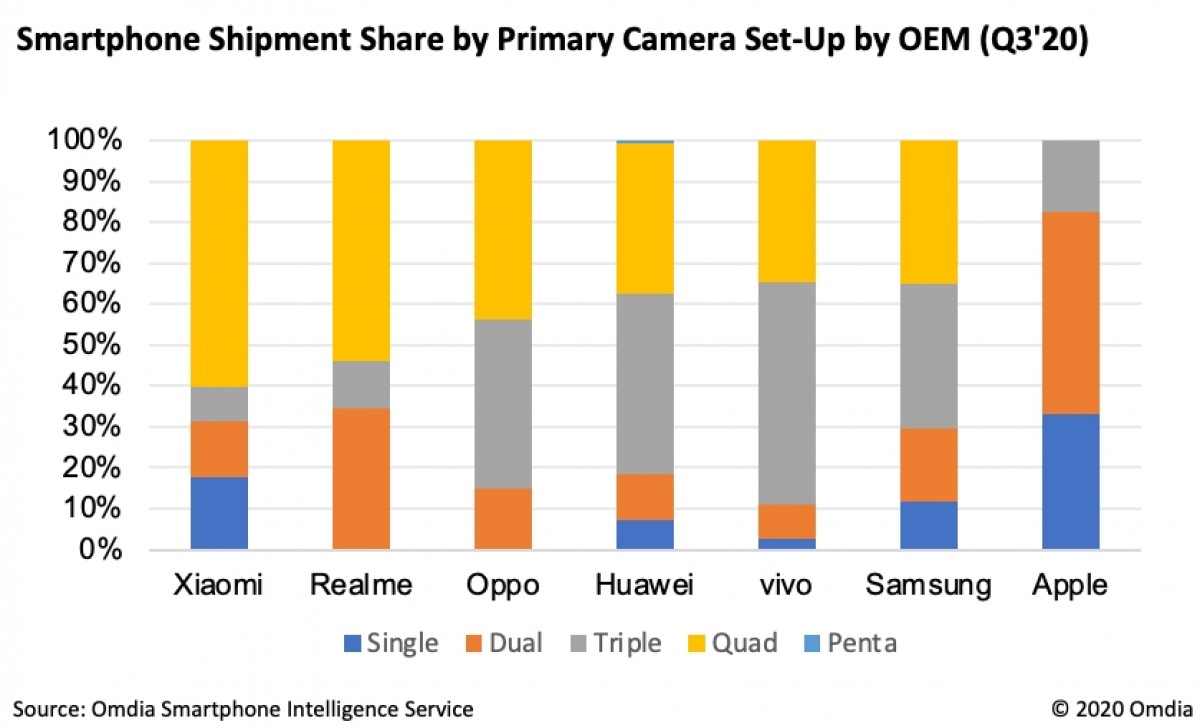 Looking at the market share and how each company approaches the camera topic, Apple has been quite conservative. It has recently launched the iPhone SE (2020) with only one camera and it managed to gather about a third of all sales. On the other end of the spectrum is Xiaomi where three of every five phones have four shooters, and over 80% of the phones have multiple cameras.

Vivo moblie is the best. Bettery backup is good