According to extensive research done by Sensor Tower, about 1% of the top app publishers across Google's Play Store and Apple's App Store generated 80% of the total app downloads in Q3 2019 leaving the rest of the market fighting for the remaining 20%. 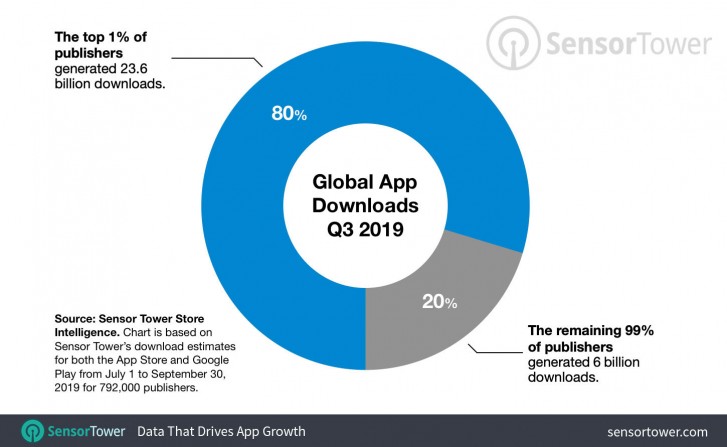 The sum of all publishers from both app stores is approximately 792,000 and just 7,920 of those generated the unique 23.6 billion installs. Facebook, of course, falls into that 1% and its app alone saw 682 million new installs during Q3 2019. 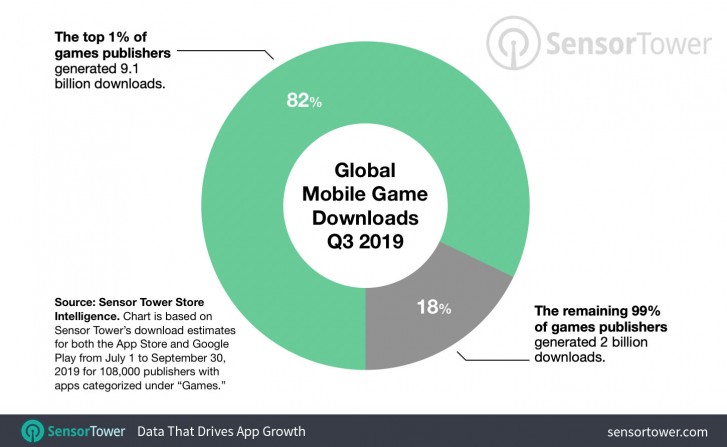 And as far as revenue is concerned, the gap is even bigger. Out of the $22 billion gross revenue in Q3, the top 1% got a fat cut of $20.5 billion. Just 7% of the total revenue is distributed over the remaining 151,056 publishers representing the 99%. 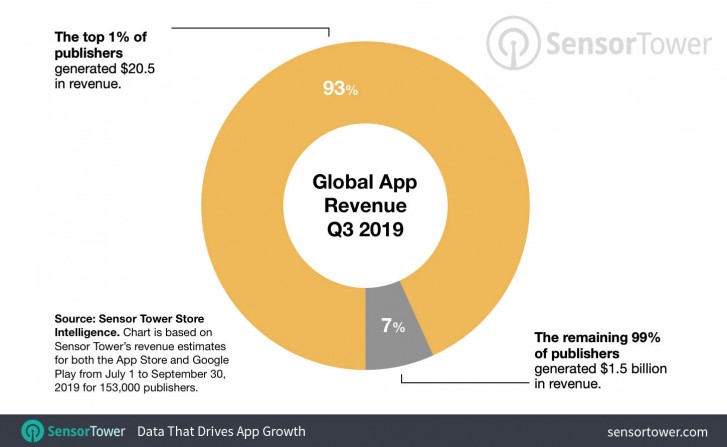 Other interesting data and insights can be found at the source link below.

I wonder do 'downloads' include updates of preinstalled apps?