The OnePlus 2 comes in a compact red box, along with a 2A charger, which is now inside the main box unlike with the OnePlus One, and a tangle-free USB type-C cable. The flat, bright red cable is a great little accent - a feature OnePlus did well to borrow from the original.

It's worth noting that the cable is reversible at its both ends. Not only is the USB Type-C connector reversible by design, but OnePlus has also made the other standard-A plug reversible, so no matter which end of the cable you're attaching, you never have to worry about getting it wrong.

No headphones are bundled with the phone, which should be no surprise either if you're familiar with the OnePlus One.

The new OnePlus 2 has the same 5.5" display as its predecessor and nearly the same footprint. At 151.9 x 74.9 x 9.9mm, the OnePlus 2 has a marginally better screen to body ratio and is just a millimeter thicker. The metal frame has put some extra 13g to a total weight of 175g.

The OnePlus does well to tastefully improve a familiar design. The magnesium alloy frame is a strong but not overdone accent, while the back of the phone has a texture called Sandstone Black just as before but the finish and texture are somewhat different and more plastic compared to the OnePlus One. And for good reason, the old texture was a love and hate affair.

Aluminum sides have a smooth anodized finish and subtle chamfered edges. The dark antenna cutouts are discrete and don't detract from the appearance and the bottom has beautifully machined holes placed symmetrically on either side of the USB Type-C port. 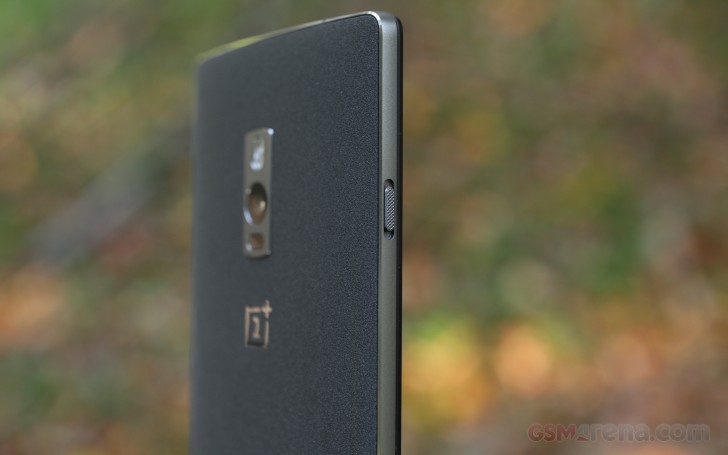 The OnePlus 2 will get a handful of replaceable StyleSwap rear covers in Bamboo, Rosewood, Black Apricot, and Kevlar, all of which are made from real wood and DuPont Kevlar. These can be purchased separately from OnePlus website for $26.99 each. You can also get a gray case for $10.99 or a flip cover for $19.99. 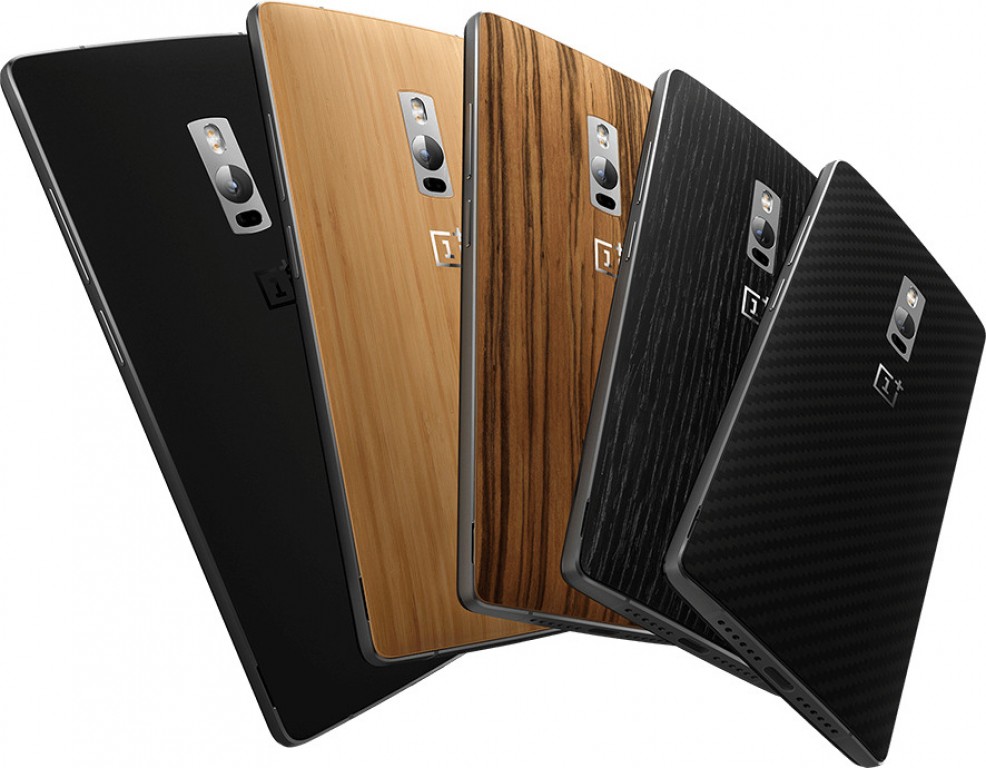 Customization aside, the removable cover lets you access the dual-nanoSIM compartment but the 3,300mAh battery is not user-replaceable.

The side keys are also made of metal, as is the small but stylish camera plate around back with very thin polished chamfered edges that bounce off the light.

The entire front of the OnePlus 2 is protected by a piece of Gorilla Glass 3, which is said to double the scratch resistance of the previous generation. Fingerprints do stick on the front glass though.

The OnePlus 2 is rather heavy at 175g, but the sandstone texture at the back offers excellent grip. The premium build and finish will certainly be appreciated while the size and weight are a little above the average for 5.5" phablets without compromising the handling.

Nothing about this phone feels like corners were cut to save cost and it looks and feels like a proper flagship device, especially if you choose to get the optional wood or Kevlar back covers.

The front of the OnePlus 2 is dominated by the 5.5" LCD and OnePlus has managed to slim down the bezel for a slightly better screen-to-body ratio but it's still far from stellar.

Above the display, a selfie cam and a status LED are next to the earpiece, along with some hidden sensors. Below is the capacitive Home key with an integrated fingerprint scanner. On either side of the Home button are two hidden capacitive buttons that come alive when you touch them with subtle backlighting for each. The touch targets for these are quite narrow though so you have to be fairly precise while hitting them.

Above and below the screen

The right side of the OnePlus 2 features the usual volume rocker and Power/Lock key, both made of metal. The buttons are nearly flush with the surface and aren't raised enough to locate easily by just running your thumb on the side. This sometimes makes you miss them or accidentally press the wrong one as the power button isn't differently textured.

The right side is familiar

OnePlus 2 introduces a new hardware switch on its left side for active sound control. It has three positions: disable all notifications (top), priority notifications only (middle), and all sounds on (bottom). This sound switch became hugely popular on the iPhone we like how OnePlus implemented it on the Two.

The new sound switch is on the left

The top of the OnePlus 2 has the audio jack and the secondary mic. The bottom is where the new USB Type-C port is, a grille on each side for the primary mic grille on the left and loudspeaker grille on the right. It's worth noting that the OnePlus 2 does not include support for the Qualcomm QuickCharge feature, even though the chipset inside supports it. There is no wireless charging support either.

The back of the Two has the same sandstone black finish as the OnePlus One. The 13MP OIS camera lens is centrally placed near the top, with dual-LED flash and laser-assisted auto focus.

The back of the OnePlus 2

The back panels are easily removable to let you swap cards in the dual nano-SIM tray, but the battery is still non-removable.

The dual-SIM tray is beneath the rear panel