After weeks and weeks of building hype, OnePlus is finally ready to fully out its next smartphone this coming Monday, on July 27. And in anticipation of its big event on that date, the Chinese company has now released its official launch app for the OnePlus 2 in the Google Play Store.

You'll need this app if you want to watch the unveiling, whether you'll go for the virtual reality version or not. If you do want to enjoy the OnePlus 2 reveal in VR, as its maker intended, then you hopefully have ordered (and already received) the Cardboard VR headset given out by the company. 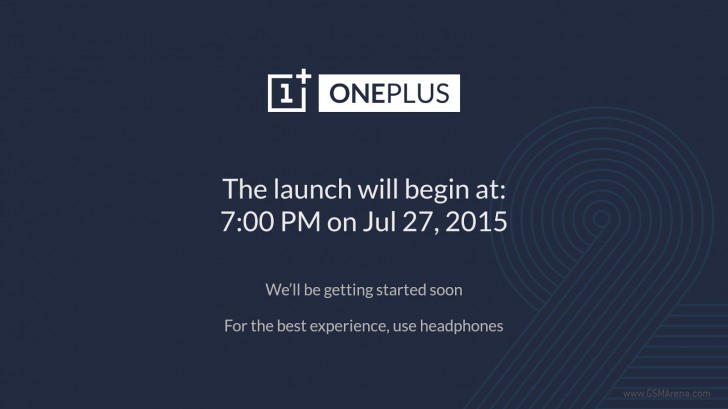 If not, then you can use a Cardboard headset made by anyone else, if you have one of course. Otherwise, you'll need to stick to the non-VR version of the event, but that too will only be available in the OnePlus 2 launch app if you want to watch live.

OnePlus has promised it will upload the entire thing to YouTube after the announcement is over, but if you simply can't wait for that you should be prepared by having this app installed on your current Android device. In case you're wondering, OnePlus hasn't planned similar apps for iOS, Windows Phone, or BlackBerry.

Thanks for the tip, Jono Bradley!

Great Happy birthday to you and one plus two