After AnTuTu revealed that the upcoming Oppo R11s will have an upgraded dual camera, we suspected the same might be true for the OnePlus 5T. And it is – confirmed again by AnTuTu.

The camera is listed as 20MP + 20MP, the second sensor being upgraded from 16MP. The specs also show the new 18:9 screen with the same pixel density as all OnePlus phones before it.

Also note that the phone is running Android 8.0 Oreo out of the box, that might make it the first OnePlus to run the cookie-flavored OS (not counting beta versions). This particular unit has 8GB of RAM and 128GB storage – does this mean that the T model will drop the 6GB/64GB option? 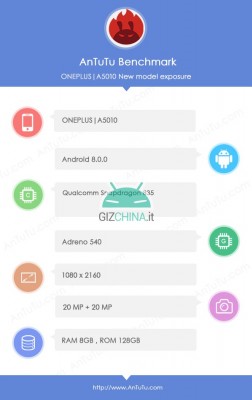 OppoMart says no – the site (which isn’t all too reliable for rumored phones) is taking pre-orders at $550 and $650, depending on the choice of memory. That's in line with what the OnePlus 5 cost at launch.

Still, the camera apertures are listed as f/2.6 and f/1.6, pointing to a brighter aperture for the wide sensor. Then again, the resolutions are wrong. 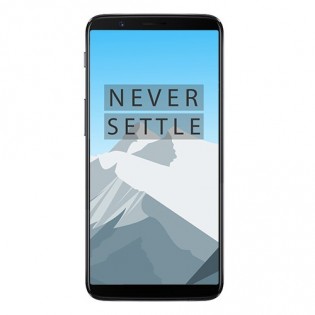 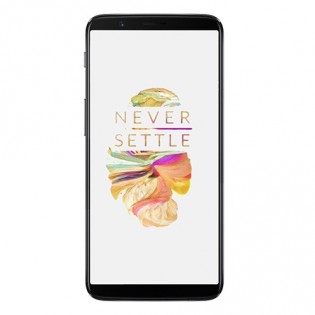 For what it’s worth, the these specs also point to a minor bump in battery capacity – 3,450mAh. This we’re willing to believe since the 3T did something similar.

The “estimated delivery date” for the OnePlus 5T is listed as the end of November, which sounds like a reasonable time frame. The Oppo R11s is coming out at the beginning of November.

WoW. Xperia Ray and 808 Pure View. If 808 or Ray is what you need I cant say anything. Just enjoy! Symbian OS never was smooth comparing to Android phones. I was always Nokia fan and my last one was X7, E7 and N900. Nokia 9...will see

Airtel does have Carrier subsidies