O2 has long been long been a partner of OnePlus. Now unnamed sources from within the British carrier claim that the OnePlus 5T will launch at the same price as the outgoing model.

This suggests that the price of the OnePlus 5T will remain the same globally, though it doesn't guarantee it. Also, O2’s documents showed no hint of a 256GB model (which was briefly rumored earlier this year).

For what it’s worth, OppoMart also showed the 5T will have the same price as the 5 as well. 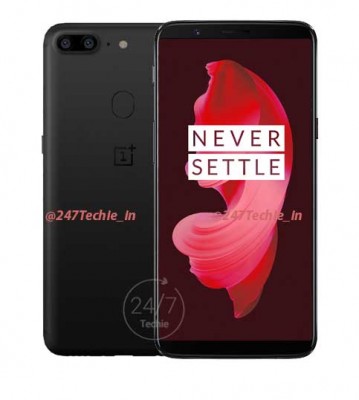 Meanwhile the leaked image above purports to show the front and back of the upcoming phone. We can’t attest to its authenticity, but it looks like an Oppo R11s with OnePlus branding – so real or not, this image pretty much shows what the 5T will look like.

Official pricing info should be made available when the phone is announced on November 16 or at the latest on November 21 when the 5T goes on sale.

F....u OP with 5 months of phone lifespan...next year I will definitely choose another phone maker.

Hope they will reduce Sar Value. Oneplus 5 value's too high i think.

The OnePlus 5T is not marketed towards people that already have the 5. It's a later-year upgrade, very similar to the Galaxy S/Galaxy Note phones Samsung puts out. This is a great choice for people who are on a Fall/Winter upgrade schedule and w...