OnePlus 6T gets its first update

The OnePlus 6T isn't out yet as customers still have to wait until November 6 for sales to begin but we are now receiving an OTA update for our testing unit with some promising improvements.

The OTA update upgrades the OxygenOS version to 9.0.4 and promises to deliver improvements mainly in the camera department by including the Studio Lighting effect when taking portrait shots and adds final touches to the Nightscape mode used for low-light photography. 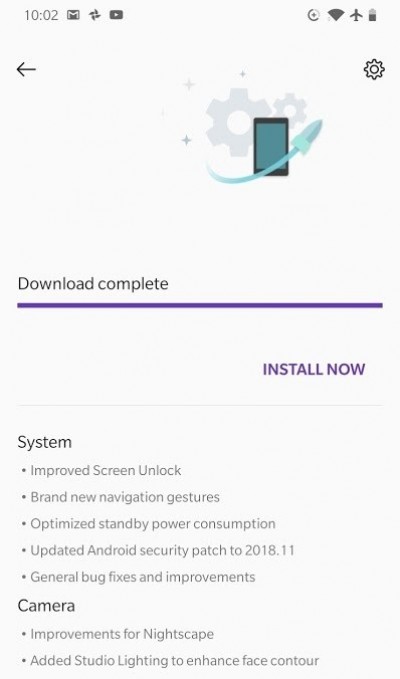 Along with the camera update, the software claims to squash a few bugs, further optimizes standby power consumption and improves screen unlock. The latter might refer to the under-display fingerprint sensor - the OnePlus team could have found a way to shave off a few milliseconds off the unlock time or just improved accuracy.

The changelog also says something about the new navigation gestures, but we assume it's just an improvement to the already existing ones. The security patch is now for November.

yesss its great at this price

What about the camera? Are you happy with the performance?

So they basically went out the door, with known "bugs", which is typically with Oppo.