OnePlus has been fond of the speed references lately. The Speed You Need - OnePlus 6. Unlock The Speed - OnePlus 6T. And now the maker has reached the apotheosis of the sixth series with the OnePlus 6T McLaren Edition - a true Salute to Speed.

Such special editions, collector's if you will, are not uncommon among the BBK's phone companies. Oppo had the R7 FC Barcelona edition, as well as Find X Lamborghini. So, we were thrilled to take the just announced McLaren Edition of the OnePlus 6T for a spin. 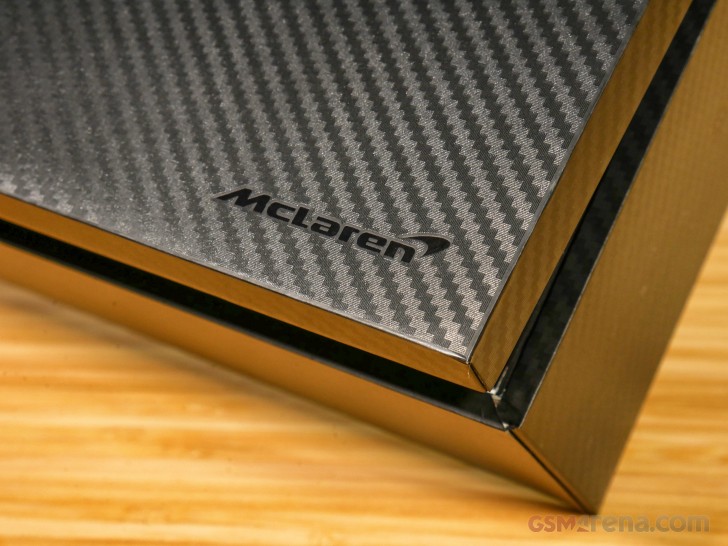 And it makes sense. What a better way to express this perpetual need for speed with a special edition dedicated to one of the greatest racing teams? A true salute to the speed, indeed. 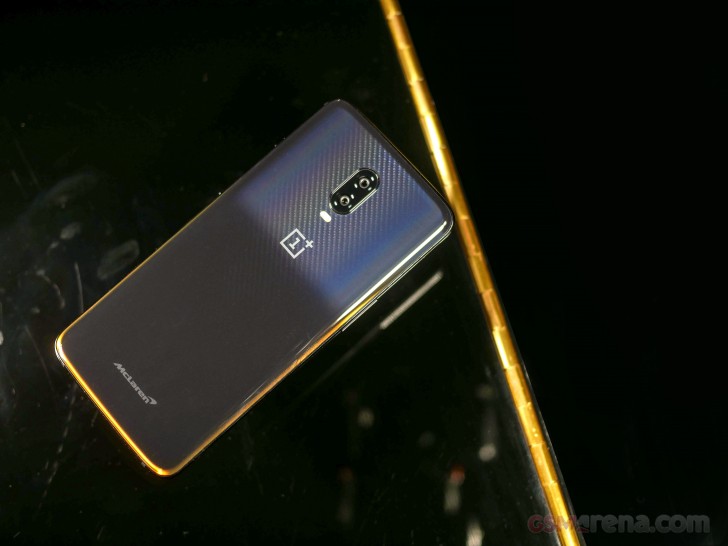 The OnePlus 6T McLaren Edition is a customized version of the regular model with Speed Orange accents and upgraded with the whopping 10GB of RAM and boasting a storage capacity of 256GB. But that's not all - the McLaren Edition supports the new 30W Warp Charge, which should get 50% of the battery full in only 20min. Nice!

So, before we unbox this special OnePlus 6T, here is a quick overview of its specs.

The OnePlus 6T McLaren Edition retail box is a real beauty. It has this very nice intricate texture all over, which is a pleasure to touch. The McLaren logo is seen at one of the corners, too.

The whole thing is wrapped into a Speed Orange-painted paper sleeve with the Salute to Speed inscription.

Once we opened the box there is a mini-book inside, which holds the phone within one of the pages. We did not expect this, and we almost dropped the phone on the hard floor as it's not secured at all! What were they thinking! 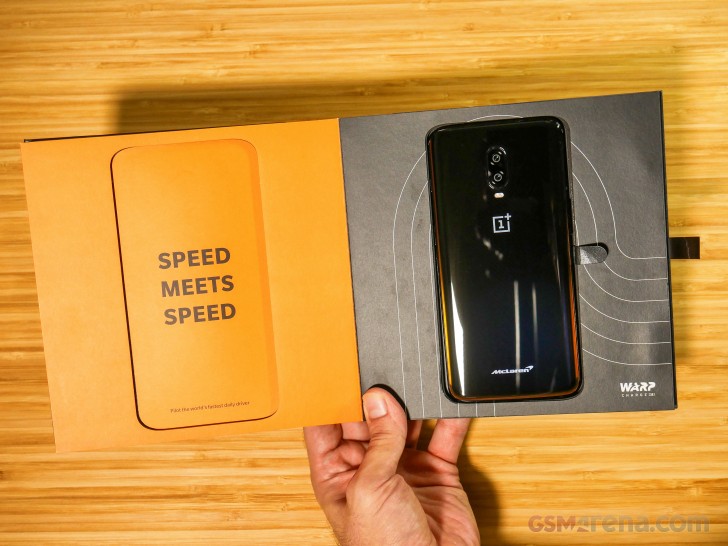 The book is AR-enabled and the OnePlus 6T we got had a McLaren app, which we could use to unlock the book's full content - galleries, videos, extra information.

So now that we've got the phone safely out of the book, let's move on.

Below the book there is a very special plaque with McLaren's Speedmark logo saying McLaren MCL33 Edition, Carbon Fibre 2018, Handcrafted in England. OnePlus says over six F1 cars' worth of carbon fiber were used to make those Speedmark logos on all the plaques. 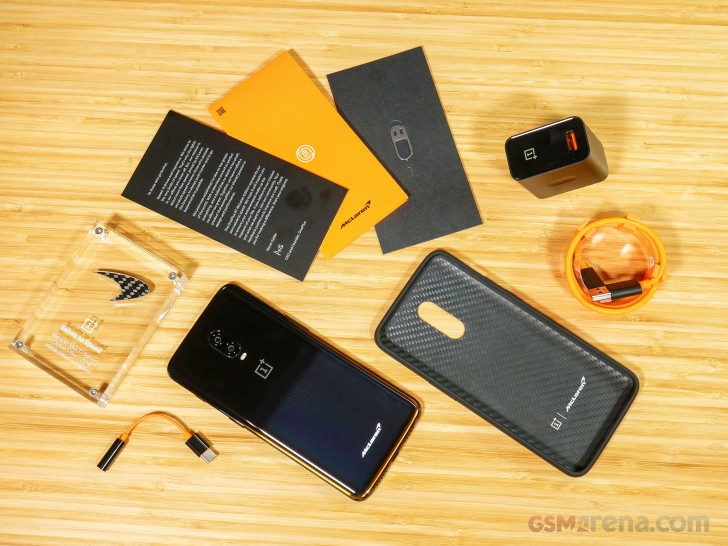 The box also contains a black 30W Warp Charger with an orange accent at the bottom. There is also an orange braided USB-C cable, an absolute must for the Warp Charge to work. There are no earbuds inside the box, but OnePlus provides a USB-C-to-3.5mm orange adapter inside. 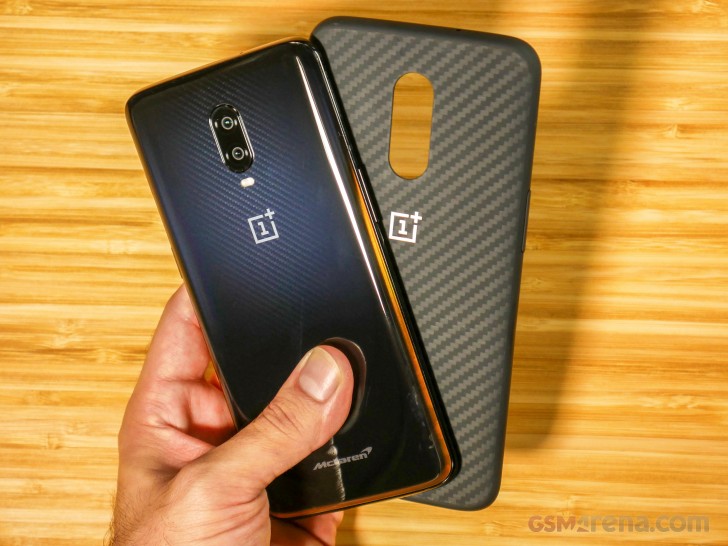 Finally, there is a carbon fiber-patterned case, for some extra protection on this fancy glass OnePlus 6T phone. It has the McLaren logo stamped on its back, so you won't lose the whole exclusivity, but we have to admit it kinda takes away from the premium looks.

10GB of RAM with a processor that supports only 8GB, you've played yourself one plus. What shit engineers or marketing people must they have.

the design does not feel luxury, if only the design is like what Vertu did, and the glass cover the the carbon fibre make it less premium

If this had depth sensor and studio lighting portrait mode I would have bought...it ticks almost everything