OnePlus 6T pops up on Geekbench

OnePlus will introduce its next flagship on October 29 and the device already appeared on a German retailer website with specs, photos, and prices.

Although we pretty much know what the expect - from the waterdrop notch to the fingerprint scanner under the screen, now we know how the OnePlus 6T will perform, thanks to a Geekbench listing. 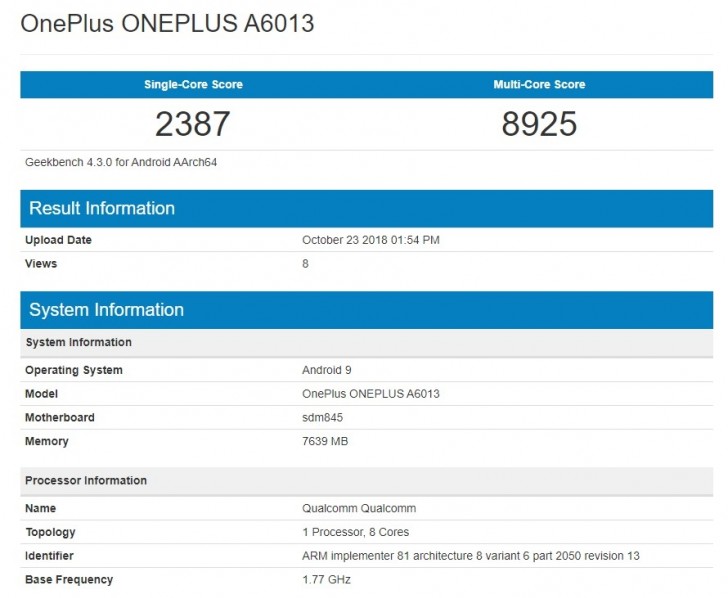 Unsurprisingly, the OnePlus A6013 with Snapdragon 845 and 8 GB RAM reached scores of 2387 for a single core and 8925 for multiple cores, similar to other SD845-powered devices, including the OnePlus 6.

Still, given the benchmarked unit is likely a pre-production unit there might be something more than the numbers show.

Well what did you expect both have same CPU GPU and RAM.

The iPhone 6s / SE scores the same for single. Android chips are really years behind. My iPhone 8plus scores 4200 single and 10400 multi. And that’s last year’s A11

Nevermind... Xiaomi only paper launched the 5G model, the actual phone is MIA until 2019. Bollocks!