Further details about the OnePlus 7 Pro camera have surfaced. It will be a triple shooter with a 48MP main sensor combined with an ultra-wide and a tele module (that much we knew already).

The 8MP telephoto camera will offer 3x zoom (f/2.4 aperture). We don’t know the focal length yet, but it should be around 80mm (that’s about as high as non-periscope lenses go).

The third camera will sport a 16MP sensor behind an f/2.2 ultra-wide lens. It will have 117° field of view. 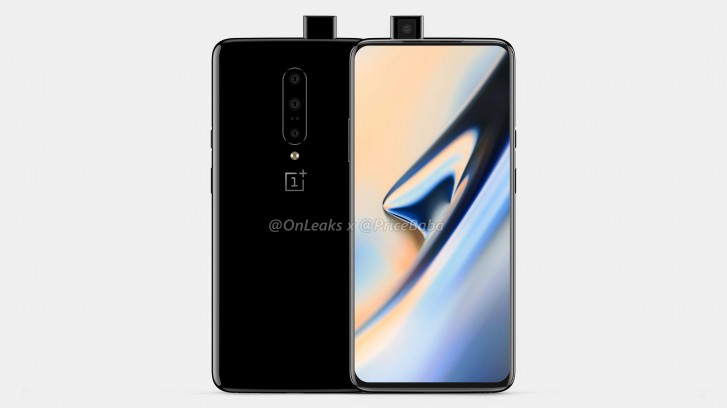 This will be the first of its kind on a OnePlus phone.

The same source also confirmed that the OnePlus’ 5G phone will be based on the Pro.

The vanilla OnePlus 7 will have just two cameras on its back - 48 + 24MP, according to unconfirmed info cited by Ishan Agarwal. Given the resolutions, we're probably looking at wide + ultra-wide cameras. Interestingly enough, they claim the vanilla phone will also have a 90Hz display.

OnePlus will reveal its official update plans tomorrow, but this source says that the phone will be available from May 22 (and a bit earlier in the US, T-Mobile will start pre-orders on May 14). There will be three color options.

I hope the regular OnePlus 7 have a ultra-wide secondary camera instead of boring telephoto.

U r basing all ur info on vague unreliable rumors. 7 regular version will have a dew drop notch and similar main camera to 7 pro. But it wld be limited to a dual set up instead of 3 camera set up. FP will obviously be in display considering it was th...