OnePlus 7 Pro could have a QHD+ 90Hz display, stereo speakers

The separation between the OnePlus 7 and OnePlus 7 Pro may be even larger than expected. So far we’ve heard that the Pro will have a larger screen (6.64” vs. 6.4”) with a pop-up selfie camera instead of a teardrop notch. But the latest rumor claims that this will be the company’s first QHD screen.

Even better, it will run at 90Hz. Is OnePlus thinking about going after gaming phones? With a Snapdragon 855 chipset and plenty of RAM, it’s not out of the question. Even outside of games, 90Hz will make the UI buttery smooth.

The rumor also claims stereo speakers on the Pro, though it’s not clear how that will work out with the thin notch-less bezel on top. 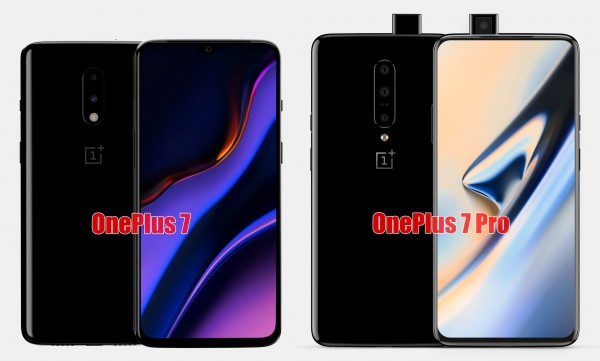 The OnePlus 7 Pro will have a larger battery – 4,000mAh. That could mean better endurance (a must for a gaming phone) or it may be just enough to offset the extra power draw of the QHD+ 90Hz display.

The Pro will also feature 30W Warp Charge, though it’s not clear if the vanilla model will get it too or stick to the old 20W charger. Also, the Pro model will finally make the switch to USB 3.1 connectivity (though that probably won’t have a major effect on daily usage).

The OnePlus 7 will have a dual camera with a 48MP main sensor, the Pro will add an extra cam (so it will have wide, ultra-wide and tele). The company is also working on a 5G model, which will presumably be based on the Pro.

90Hz? Well that's nice, and I'd like to see other brand manufacturers do so for their high-end flagships in the near future too to be honest. Because u see, we've been using smartphones with 60Hz display panels for several years already, and even if ...