OnePlus 7 Pro gets August security patches in July, with OxygenOS 9.5.11 now rolling out

A new software version is now rolling out to OnePlus 7 Pro units out there, and it interestingly packs the August 2019 security patches already. That is, even if we're still in July for a few more hours in some parts of the world.

This definitely isn't something that happens often in the Android world. Google outs its security updates for the Pixels in the first Monday of each month, and then the waiting game begins for other devices. Sometimes it takes many weeks until they get that month's security patch, but for some reason OnePlus has decided to one-up everyone this time around. 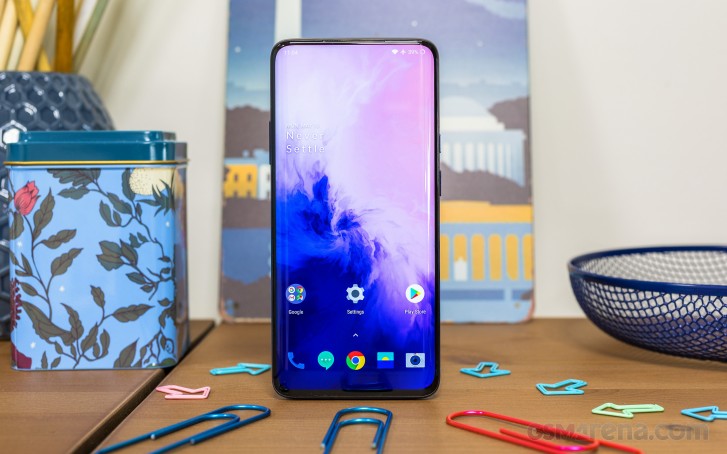 The update arrives over-the-air as OxygenOS 9.5.11, and aside from the security fixes from the future it also packs optimizations for Adaptive Brightness, the "sensitiveness of the screen touch while gaming", as well as accidental touches in the notification bar while in a call (this last one is desperately needed for older OnePlus models as well). Google's suite of mobile services has been updated to the version from this June, and the "general bug fixes and improvements" also make an appearance.

As usual, the rollout will be staged, with the update only hitting a small number of users today. It will be expanded further in a few days if no huge bugs are found in the meantime.

It hasn't long come out so it's not really always getting slow fixes , give it chance my love

I dont have a scheduled power on/off. I only experienced when I updated to 9.5.10. And I need to press the volume up + power for about 10 seconds to wake the device. Happened twice already. And it is a "shutdown" not a "reboot". But I am suspecting i...

What are you talking about? I have never had random reboots till now. Check if you have turned on scheduled power on and off(Slim chance, but hey what's the harm in checking?)