The OnePlus 7 Pro was redesigned almost from the ground up, with major improvements to the screen, camera, and audio compared to the last generation.

OnePlus calls it Fluid AMOLED – the new 6.67” panel with QHD+ resolution and 90Hz refresh rate. Besides the much smoother animations in the UI, the screen can also render high-quality HDR10+ colors.

You get the screen all to yourself, no need to share it with the selfie camera. The 16MP sensor is placed on a pop-up mechanism that has been tested to more than 300,000 cycles. When the accelerometer detects that you dropped the phone, the pop-up will close in a fraction of a second to protect the camera.

The OnePlus 7 Pro is armed with the company’s first triple camera on the back. The main cam uses a large 1/2” Sony IMX586 sensor with 48MP resolution (0.8µm pixels). It has a bright f/1.6 aperture, OIS and EIS. The new UltraShot feature enables HDR+ (multi-frame stacking), which OnePlus says allows the camera to capture 4 times as much light, as well as Super Resolution. 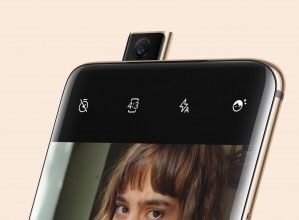 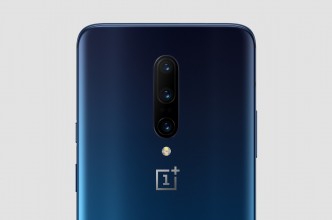 The rear camera can record 4K/60fps video. There are two slow-motion modes: 1080p/240fps and 720p/480fps. Additional camera features include a dual LED flash and laser autofocus.

In a collaboration with Dolby, OnePlus developed stereo speakers for the 7 Pro. There’s still no 3.5mm headphone jack, but the company did unveil its next generation Bluetooth headphones (more on that in a bit).

The OnePlus 7 Pro is powered by the Snapdragon 855 chipset with 10-layer vapor chamber cooling. You can have up to 12GB of RAM and 256GB storage, though the base is 6/128GB. Note that we’re talking about fast UFS 3.0 storage for improved performance - a gain of 78% compared to the previous generation UFS 2.1. In fact, the OnePlus 7 Pro is the first phone to feature UFS 3.0.

The phone has a large 4,000mAh battery with the new Warp Charge 30 (5V/6A). Thanks to Warp Charge’s ability to control the temperature and the beefed up cooling on the chipset, you can game while you charge and the phone won’t heat up.

The metal frame of the phone is sandwiched between two curved panes of Gorilla Glass 5. Three color options are available, Nebula Blue is the hero color with a subtle gradient effect and a frosted finish, the other two options are Mirror Gray and Almond (both glossy). 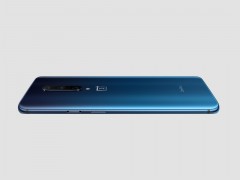 The OnePlus 7 Pro will be available from T-Mobile in the US starting on May 17 (this Friday). It will go on to launch in Canada, most of Europe, India, China and Hong Kong. Below is a table with the prices:

The new Bullets Wireless 2 headphones add aptX HD support, which OnePlus says enables audio quality comparable to a wired connection. They feature Warp Charge of their own, which doubles the charging speed. 10 minutes of charging gets you 10 hours of playback. With a full charge, they can last 14 hours. 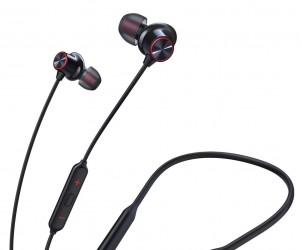 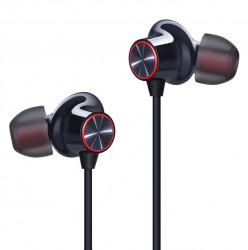 No water resistance, no 3.5mm, gimicky screen. Still cant compete with top dogs I am afraid. If the price was lower, when it would be beast but it is too expensive for what it offers, S10 can be found for similar price and it is much better choice

I second that XD