Meet the largest update for a T-phone ever – more than a mere chipset bump, the OnePlus 7T boasts major improvements to the camera and display. And yes, it gets the chipset bump too along with support for 30W charging.

We’ll start with the new triple camera as it's the biggest upgrade on the phone. The 48MP main sensor uses the same Sony IMX586 sensor as before, but it now has a slightly brighter aperture (f/1.6, up from f/1.7), matching the OnePlus 7 Pro.

The new 12MP telephoto camera with 2x optical zoom. For comparison, the Pro camera offers more zoom (3x), but lower resolution (8MP). Note that unlike the Pro, the tele camera on the 7T does not have OIS.

The third camera is a 16MP ultrawide shooter with 117° field of view, same as the Pro. The OnePlus 7T boasts Nightscape mode as before, but it has two new tricks as well – macro mode for shooting from 2.5cm away (1”) along with 960fps slow-motion mode at 720p. 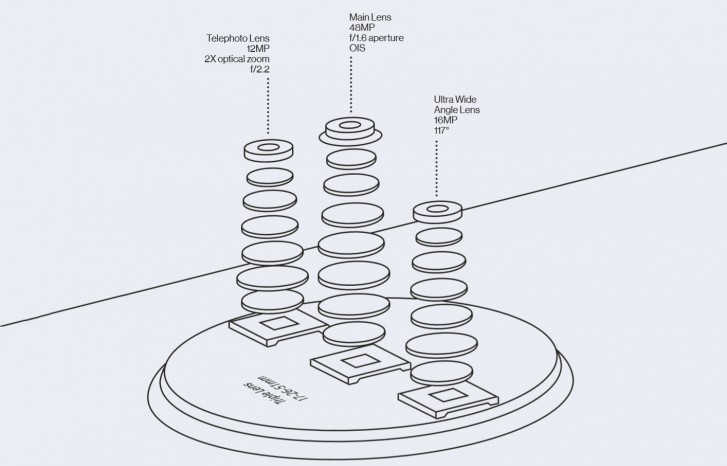 The Fluid AMOLED display is 7T’s ticket to the 90Hz club. With a 20:9 aspect ratio, it’s slightly taller than the OnePlus 7 screen and has a 6.55” diagonal. The teardrop notch is a third smaller to boot. The 16MP selfie camera in that notch remains unchanged though.

Aside from the silky-smooth refresh rate, the display supports HDR10+ so you can enjoy the expanded color range of new movies and TV shows. The Pro still has the upper hand as the OnePlus 7T has a 1080p+ resolution instead of QHD.

The peak brightness of the display is 1,000 nits, surpassing the Pro (800 nits), the gap to the OnePlus 7 is even larger. The 7T also gets a new haptic driver for a stronger, more natural vibration.

Note the “T” in Warp Charge 30T, it denotes that it’s 23% faster than the previous 30W Warp Charge. While the maximum power is the same, an optimized charging curve means that the 3,800mAh battery can reach 70% charge in half an hour. There’s still no wireless charging, not that we expected different.

The matte back is made of 3D Corning Gorilla Glass and is available in Glacier Blue and Frosted Silver, both with a subtle gradient. The Gorilla Glass on the front is flat, great for those who don’t buy into the curved screen craze. 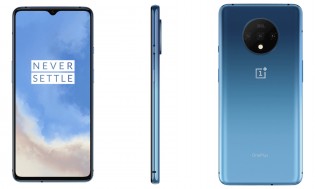 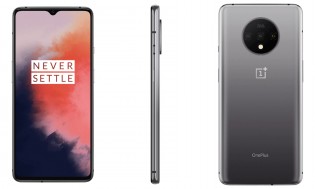 The chipset was upgraded to a Snapdragon 855+ as expected, which boosts the GPU clock speeds – that will come in handy as the catalog of games with 90Hz support is growing fast. Better yet, the phone now comes with 8GB of RAM as standard (up from 6GB on the OnePlus 7) and you get a choice of 128GB and 256GB UFS 3.0 storage.

It will arrive in the US several weeks later on October 18 starting at $600.

Price is same as One Plus. LAG? One Plus has the gaming crown? LOL

It's not because of frailty of the display. Accidents can happen and the other problems like glare are distracting. Accidental touches are also a problem, and it drives the price up for no reason

Just don't use a screen protector. I've gotten away with no scratches or cracks on my LG V30 after a year and a half or so of using it without one. Yeah I did get one and used it for about a month, and because the glass is kinda curved the edges got ...