Adding to the growing list of leaks for the upcoming OnePlus 8 lineup is a set of new images for the vanilla OnePlus 8. We recently came across renders for the Onyx Black color variant of the upcoming device and now we get to see two new colorways with the gradient Interstellar Glow alongside the Glacial Green colorway. 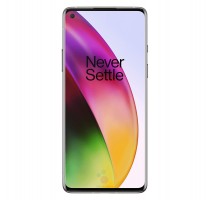 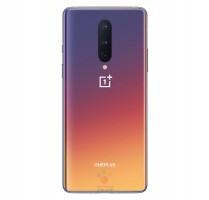 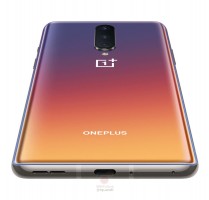 The new gradient color is quite an eye-catcher, shifting from purple to orange hues resulting in one of the more startling paint jobs in the OnePlus lineup which has traditionally stuck to less flashy options.

The Glacial Green color was also recently spotted in renders for the 8 Pro which suggests both versions could arrive with this finish. The third colorway is the classic Onyx Black which unlike the other two variants appears to sport a reflective glossy finish.

According to the latest scoop, the OnePlus 8 will come with a 6.55-inch FHD+ AMOLED display with 90Hz refresh rate and punch hole cutout for the 16MP selfie cam. Around the back, we’re expecting a triple-camera setup with a 48MP main shooter, 16MP ultrawide module and a 2MP macro snapper.

The flagship Snapdragon 865 is a given at this point and will be paired with up to 12GB RAM and 256GB storage. The generous 4,300mAh battery will support for 30W Warp Charge. Previous rumors are also suggesting that OnePlus will skip on wireless charging and an official IP rating for the OnePlus 8 and only make those available on the Pro model. The new OnePlus phones are expected to launch on April 15.

If it didn't have a punch hole I would have brought it. So I got the 7 Pro instead. And next year when everyone has under screen front camera these are going to look so bad.