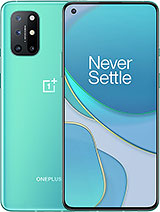 alexbonick, 24 Feb 2021There is a huge problem that OP is not addressing with *at least* the 8T - OP car chargers no ... moreNo offence but if your car supports power outtage of for eg 25 Watt you cannot get the 100% fast charging experience of the 65 Watt as you said that the wall chargers work fine
I dont know, just saying

I bought 8T in Jan'21, now am facing issue while playing audio/Video & calls. Is kind of vibrating heavily as if placing hand on a woofer directly. Is anyone facing this issue ?

Rahul Soneji, 26 Feb 2021Oneplus is now using Google dialer and messaging app.. They don't have any thing new to o... moreYou can download whatever OnePlus apps you want, that's why you got an Android phone! For me I pick Google apps anytime any day. Thank you.

Oneplus is now using Google dialer and messaging app.. They don't have any thing new to offer.. If someone wants to buy stock android feel thn i would go for pixel or nokia.. Why I would buy oneplus.. And critics who enjoys stock android interface and look they themselve don't use any android phone. They just make their shit opinion..

alexbonick, 24 Feb 2021There is a huge problem that OP is not addressing with *at least* the 8T - OP car chargers no ... moreDid u try factory reset? I remember i had charge pronlem with OP 6- not that it wouldn't charge but fast charge has gone,it did chadge,but very slow.I performed factory reset and i got back my fast charge.

There is a huge problem that OP is not addressing with *at least* the 8T - OP car chargers no longer fast charge with it, and it is a software problem.

My wife and I both purchased OP 8T's about 2 weeks after they were released. She has an older Dash car charger and I have a newer Warp30 car charger. We have used these chargers on our previous OP6, 6T, 7T and OP8 phones - all worked great to fast charge in multiple cars! These car chargers both worked to fast charge our new 8T's - for the first month.

THEN all of a sudden after a software update, BOTH car chargers stopped fast charging (wall chargers work fine - both older and newer OP models). We swapped cables and chargers, tried friends' OP chargers and in their cars - nothing. I have had multiple communications with OP support, who FINALLY acknowledged this is a widespread problem.

They offered to "repair" my phone - which I refused, since it is clearly a software not hardware problem, and they did not give a deadline when I would get it back! I use my phone heavily at work! They suggested uninstalling software update... that did nothing. Finally, they said "just wait for another update" - well there have been a few, and now it's almost March 2021...

The fast charge capability is a HUGE reason we have been OP fans for years - and I drive a ton for work, and use the hotspot function even more - so this is a big deal for me! OP has no idea what they are doing and apparently do not have a solution, customers are stuck now without this basic OP function, so realistically we cannot really charge our 8T's in the car. We tried Samsung and other chargers, but the max speed we get is less than 1% battery every 2 minutes. So from 50% to 100% alone is like 2 hours. O.k. for a road trip I guess, but nothing else.

Not happy! May be looking for a Pixel by the end of this year if this is not resolved.

David, 03 Feb 2021Does your phone overheat during initial setup? Cuz mine didI have a problem..I bought it just 2days..But battery is draining quickly..But resolution is 60hrz.dont have live wallpaper..My battery saver in on

Aflal , 09 Oct 2020I have been using iPhone for a while now and just moved to Samsung to see how other brands att... moreI'm responding a bit late but I wanted to say that samsung phones are also made in china...

David, 02 Feb 2021I just purchased the 1+ 8T. I'm worried after seeing the negative reviews... battery drai... moreNo problems at all, it's my first oneplus device and I never had any issues since I bought it back in October. It's a fantastic phone in every aspect. The stock feel of it the cleanliness of everything, I'm a hater of Samsung one ui and ios limitations but oneplus 8t is definitely a fantastic deal and aiming for longevity as well.

Does oneplus 8T have default call recording option and if yes then does it makes audible to the caller about his call has been recordng as in oneplus Nord ? Pls do reply this is main concern regarding to buy this set or not

MM69, 17 Feb 2021I need to know....Does this 8T have default Call record option?Yes, but will caution audio. You can avoid it by side loading oneplus dialer. It works just fine.

MM69, 17 Feb 2021I need to know....Does this 8T have default Call record option?No, it doesn't have that feature now.. We wish they will implement in next update

I need to know....Does this 8T have default Call record option?

alamir, 11 Feb 2021Did anyone received new system update for 8t ? Is it good or has problems? Appreciate your ... moreyes i did ...im from india
january patch

Did anyone received new system update for 8t ? Is it good or has problems?

Izzie, 04 Feb 2021A week back i bought the s20 fe (exynos),the phone heats like an oven and its laggy .Im looki... moreYou won't be disappointed with the 8T. It's an amazing phone!

Total of 743 user reviews and opinions for OnePlus 8T.
ADVERTISEMENTS