OnePlus 8T may have just passed through GeekBench

OnePlus just announced the new Nord mid-ranger last week, but the company is surely busy also working on its next-gen flagship device. Over the past few years it's gotten us used to seeing one or two T devices around October-November, and it looks like that may happen again in 2020.

A OnePlus handset with the model number KB2001 has just been spotted in the GeekBench database, and this could be the upcoming OnePlus 8T or the 8T Pro. It was running Android 11 when it ran the benchmark, which makes sense if the company sticks to its usual T device announcement timeline - Google should definitely release the final version of Android 11 by then. 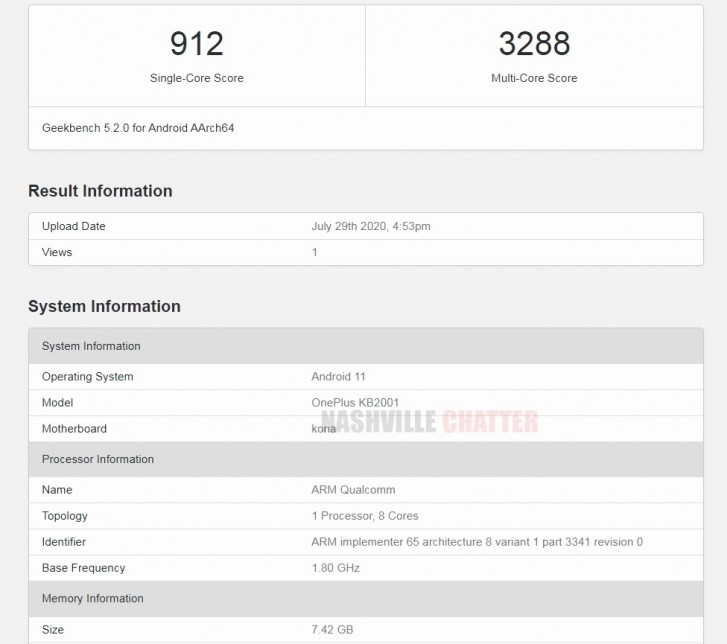 The phone has 8GB of RAM, and its GeekBench 5 scores for both single-core and multi-core are pretty much in line with what we've seen this year from other devices powered by the Qualcomm Snapdragon 865 chipset. It's not clear, however, whether it will employ the 865+ or not.

With some notable exceptions, the T versions have never been huge updates to the non-T models, but whether that will hold true this time around remains to be seen.

I don't think it's just ip and wireless. The new snapdragon choosers cost a lot more.

Due to OP8 pro screen issues I finally decided to settle for OP8. And now 8T is already in news. I know I will mess up ultimately and end up buying something like 7T or 7T pro.