The OnePlus 8T is expected to be announced on October 14 and, predictably, the phone's been a regular at the rumor mill in the past weeks. We had a set of renders leaked recently, showing a relocated camera assembly, and now a case maker is giving us another look.

After a quick debate, we're calling these photos as opposed to renders - it sure looks like the real thing. The phone is placed inside Case Mate's Soap Bubble case - so judging the exact color is out of the question. But the shots do give us a more detailed view of the camera system. 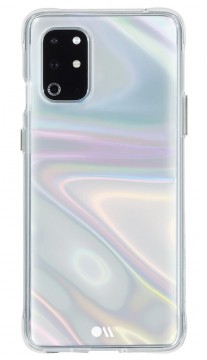 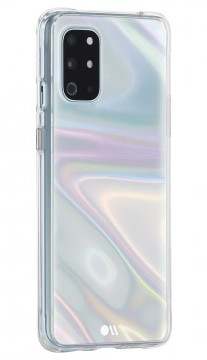 OnePlus 8T in a case

Unlike @OnLeaks' more general representation, in these images you can make out what's what, just by the size of the glass elements - ultra wide angle on top, main cam in the middle. It's then likely the macro below them with the depth sensor to the right. That is, if that other leak is correct on the camera configuration, which it seems to be, looking at these pictures.

It gets more interesting from there. Like what's that diamond-like ring around what we just called the macro camera? Could it be a ring flash for illuminating your close-up subjects? Or is it simply a design accent? We're rooting for the former, naturally. 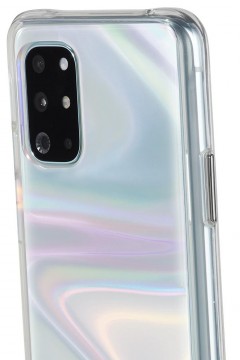 Other than that, we're seeing the OnePlus 8's control scheme has been carried over. The power button and the notification slider are on the right, the volume rocker is on the left of the phone.

The OnePlus 8T rumored specs include a 6.55-inch 120Hz AMOLED display (that one actually officially confirmed), Snapdragon 865 (non-plus) chipset, and 65W Warp charge. No 8T Pro though. For more, we'll need to wait a couple of weeks.

Have you even used OxygenOS?