Leaks and prototype units are just a part of the smartphone “game” nowadays, but this is not your usual story. If you haven’t been keeping up with the news - the OnePlus 9, 9 Pro and possibly a OnePlus 9E/9 Lite are one the way and likely expected to arrive in mid-March – a bit earlier than usual. There has been no shortage of leaks on the trio, including detailed renders. One source, however, want above and beyond and actually posted high-res, close-up shots of a prototype unit, complete with hardware details and software screenshots. Now, the exact same unit has been spotted on eBay and is officially sold for the whopping sum of $3,000. 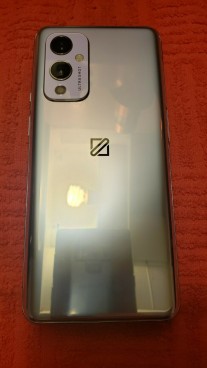 How do we know it’s the same unit? Well, the product photos in the eBay listing feature the same distinctive carpet-like surface as a background and otherwise match-up with the earlier leak. Plus, the description of the now finished auction states that:

The leaked images on all internet sites are similar to this because I took the pictures and leaked this to all of them when I purchased it.

Interestingly-enough, it goes on to also explain that:

This is a prototype model with a beta oxygen os Android 11. I cannot guarantee a software update for this phone. This phone has a permanent set of numbers and letters displayed at the bottom that cannot be removed as of now. This is the phone only, no charger or anything else included in this sale … I will be doing a tech review of the phone before shipping and cannot guarantee it will be shipped at a specific time due to the holidays and the review. Once the review is done I will immediately ship the phone and send the link to the review when completed. Again I do not know when I will do the review at this time but it will be done in the next 2 weeks.

This is the really odd part here, since the seller/leaker is definitely aware that he/she has a prototype unit. Hence the lack of update and support guarantees. Apparently, however, they were not quite aware what that “permanent set of numbers and letters displayed at the bottom” was there for. In case you are wondering, it is there to identify prototype units and trace them to the source to prevent exactly these kinds of situations.

Some manufacturers use software-based identifiers like this, while others rely on more-permanent hardware markings, like dots, dashes and other patterns on the frame of the device. The original leaked photos of the phone had the identifier string blurred, but the eBay listing initially featured a photo with the ID fully-visible. Likely an oversight that was eventually corrected, but not quick enough for the internet to not remember it forever.

That being said, we are interested to see whether the seller/leaker will still go through with the review in the next two weeks, as promised. We’ll be keeping an eye out for that extra bit of potential weirdness to add to the story. 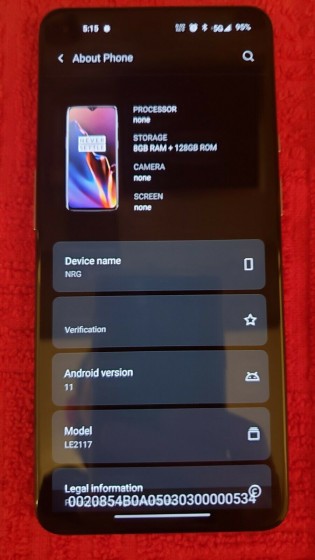 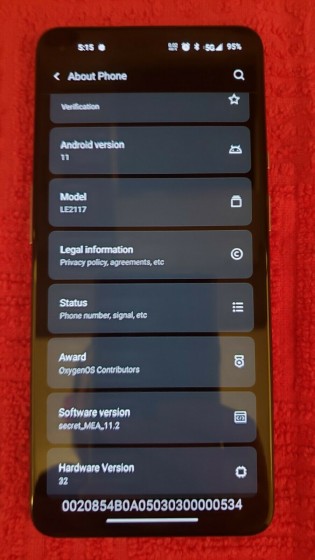 As for a quick leak recap of what to expect from the OnePlus 9 5G - it willfeature a 6.55-inch flat HDR display of 120Hz refresh rate and FullHD+ resolution. The Snapdragon 888 chipset will be paired with 8GB of RAM and 128GB of non-expandable storage, while the back will have 48MP main and 16MP ultrawide cameras.

Inside will be a 4,500 mAh battery charging at 65W, while on the outside we'll see a metal frame.

It can go on but its not the best phone not even close to that.

What a cheap PR stunt... Oneplus will never be Apple ! Oneplus is trying to create some hype around their new phone, this sucks big time

What's not to think the Note9 is not the best released in the past few years? Rear mounted instant finger print scanner. Iris Scanner. Bluetooth S Pen. Great cameras. The display is amazing. NO NOTCH OR POPUP GARBAGE! Lightning quick...