OnePlus 9 to arrive earlier than its predecessor

The OnePlus 8 and 8 Pro were unveiled in April this year but the OnePlus 9 will arrive earlier than that, reports Android Central citing insider sources.

We don't have an exact date of the OnePlus 9's launch yet, but the publication claims it will be launched sometime in mid-March next year, which should allow the Chinese phone maker's 2021 number series flagships to get more time on the store shelves before their T models arrive. 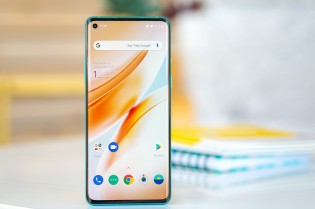 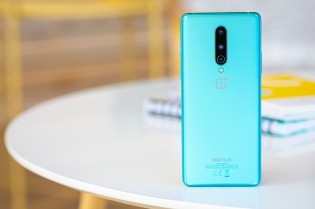 Details are scarce about the OnePlus 9 right now, but it's safe to say that the smartphone will come with the yet-to-be-announced Snapdragon 875 SoC and 65W charging.

We also expect the OnePlus 9 to feature a 120Hz AMOLED display since the freshly announced OnePlus 8T packs one.

More details about the OnePlus 9 - which is codenamed "Lemonade" - should hopefully surface in the coming weeks.

Improve better bettery in one plus .

Its not worth to buy again one plus phones

Was thinking of buying the OnePlus 8T, luckily came across this news before I made the purchase, Idts OnePlus will survive the long race if they keep releasing their flagships with this frequency. Definitely changed my view on getting the 8T.