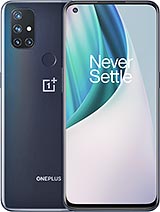 Is it available in the philippines?

Oneplus 9
When will come in india??

Arod, 18 Mar 2021and btw my current phone is a piece of junk samsung with a trash exynos soC and buggy UI that... moreDont get LG. Idk if its my phone idk but dont. Lol idk but dont.

Arod, 18 Mar 2021and btw my current phone is a piece of junk samsung with a trash exynos soC and buggy UI that... moreActually new one ui 3.1 of samsung is very good. Good features, perfomance. EVEN ON EXYNOS

When can we expect this in India.

Spunky1, 17 Mar 2021Arod, I've an LG thinQ 7 and am trying to port my Verizon number to TMobile. I'm un... moreand btw my current phone is a piece of junk samsung with a trash exynos soC and buggy UI
thats why im switching to LG

Spunky1, 17 Mar 2021Arod, I've an LG thinQ 7 and am trying to port my Verizon number to TMobile. I'm un... moreu need to get a verizon unlocked variant
sprint can only be in tmobile and other GSM carriers
this phone is not fully unlocked
theres only a verizon and sprint unlocked variants

Arod, 07 Mar 2021let me help yall :) if yall want a 5g but with flagship specs go for the LG v50 thinq its pr... moreArod, I've an LG thinQ 7 and am trying to port my Verizon number to TMobile. I'm unable to come up with a working SPRINT card for my device to connect and have been chasing this dragon of switching services since the first of the year. Not sure what you mean, "read the fine print". I'm considering other phones that are 5G and I really don't think I need the strength and speed of signal as much as I need storage, quality photos and basic email/text/some website app functionality. Would love to know more about your experience with your current phone. I fear transferring contacts and files will be dysfunctional crossing devices and may need to stay with LG for preservation of same.

I observe people start complaining after short usage of some budget phones lately.
Is this also the one?

let me help yall :)
if yall want a 5g but with flagship specs go for the LG v50 thinq
its priced legit awesome, $289 on ebay and $293 om amazon BRAND NEW
idk how to put the links but check it out if u want a year old flagship and has one major update coming
unless u want to buy a cheap 5g phone
WARNING: its a sprint unlocked which can connect to t-mobile and ATT also a verizon unlocked to READ CAREFULLY BEFORE BUYING
enjoy :)

PhoenixDoe77, 15 Feb 2021I just read 10 pages of reviews and comments it was quite entertaining. I'm on the OnePlu... moreThis is legit 👍 this is what I mean as well. If this phone is on the 200 mark i could recommend it. But now no.

If you get this on sale or lower then 250 then i could recommend it. Otherwise look elsewhere. It's good for a snappy regular use phone. It's just not as good and the regular Nord and it's almost the same price.

This phone is not worth your money. It's in a wired spot and not good enough for it's price. Try get the regular nord or spend bit extra on 8T.

Cons
*Screen feels cheap like the whole phone. Too much plastic used here. Seen better builds in this price range.
*Camera is not good, it's great in good light but otherwise very noisy. Front camera is one of the worse I've used especially in low light. (There is winter and darkness where i live so can't really say much about good light condition).
*Overall performance is usually fast and snappy but sometimes the screen don't recognize my touch.
*Fingerprint reader is bad, it works fine when it works but now most of the times when trying to unlock the phone the screen don't wake up until i slam my fingers against the screen or press the power button.

And worse of all no easy way to toggle vibration or mute on. It's been so annoying sometimes i wanna throw the phone in the wall 🤣. You have to teak the volume settings or use the shortcut from the pulldown notification.

This is the worse oneplus phone I've used, it has to many setbacks and problems. The Motorola G 5G is same price and much better choice even if it's only 64/4gb instead of this 128/6gb. This phone is made to cheap and for just 50 bucks more you can get the Nord that have all the future this phone miss. But it don't sell everywhere so I know this is some kind of worldwide version. Or get a used 8T for around 400-500 like I did now. Much more worth! It's tempting to go cheap but this is not worth it.

This is best buy, the design is cool, I will say this best affordable 5G phone. And they did not limit any features, dual SIM, SD slot, earphone jack, good camera and battery..

Anonymous, 23 Feb 2021Poco x3 nfc has many issues after using for 3months..Go for this or better apple/samsungtrue

Oneplus is going from bad to worse.