The OnePlus One is going to enter India pretty soon. We've known for a while now that this would eventually happen, with the Chinese smartphone maker startup having apparently seen a lot of interest from the subcontinent.

OnePlus has posted a contest to its forums, and the 100 winners of that will get the first ever India-specific invites for the phone. 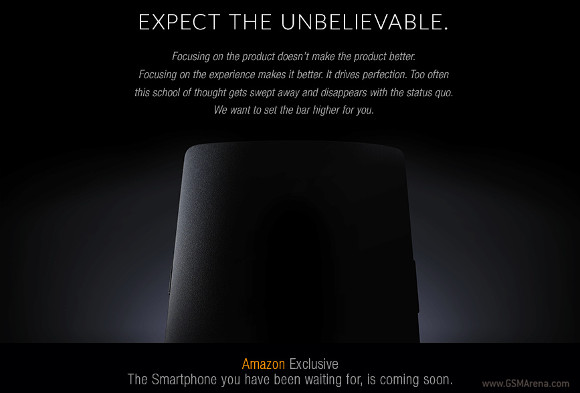 What's more, the image you can see above has appeared on Amazon's Indian arm, and the contour in it is certainly that of the OnePlus One. If you're in doubt, note that the image file, on Amazon's servers, has a name that starts with the words "OnePlus teaser".

So it looks like OnePlus has teamed up with Amazon to exclusively sell its smartphone in India, much like Xiaomi has done with Flipkart. The message is clear: the OnePlus One will land in India soon.

Thanks for sending this in, Chandroo!

Though it ha sgot a typical invite sys its popularity has never gone down tech lovers are excited out there to get their hands on this product n due to less manufacturing of this product to meet up end services .Does anyone know how invite sys would ...