OnePlus One to be available in India sans invite tomorrow

If you're living in India and are interested in purchasing a OnePlus One smartphone but do not have an invite, here is some good news: the device will be available for purchase without an invitation on Amazon India tomorrow, the same day the Mi 4 is scheduled to go on sale in the country. 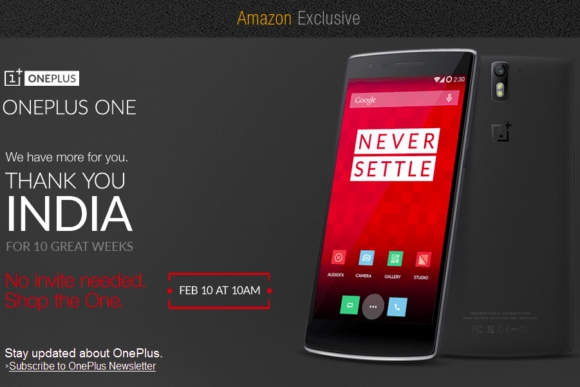 The OnePlus’ invite-free sale will begin at 10am, and will last for 24 hours. The device, which was launched in the country last December, will be available at the usual price of INR 21,999 ($353).

The device has 13MP main camera with dual-LED flash and 5MP front camera, and runs CyanogenMod OS 11, although it will next receive an update to the company's own Android Lollipop-based fork, dubbed Oxygen, which will be launched on February 12th.

I was fortunate to get oneplus one without an invite. Thanks to the launch of MI4 without which probably I would have to wait a little longer. The phone is awesome. Build quality is great and fit and finish of the product is high class. After getti...

Its actually an example of best marketing. Even 9 months after its launch people still ask for invites. The hype they built for this phone is cause of invites. Without that it would have been just another Chinese phone.