OnePlus has updated its Switch app to add support for transferring data from iPhones. Unfortunately, there is no companion app on iOS on the App Store, so the process is a bit complicated.

The full set of instructions are on the OnePlus forum but the gist is that you need to download a beta version of the OnePlus Switch app for Android along with the iOS app from OnePlus website. Then you have to give special permissions to the app you just downloaded on your iPhone for it to work, since it is not an App Store app. 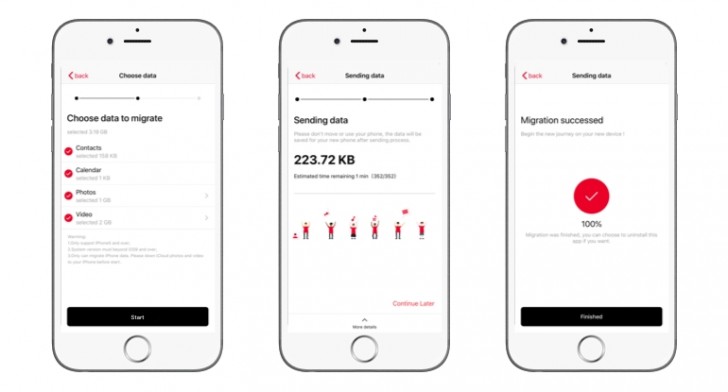 It's not the easiest of processes and there's some irony in welcoming iPhone users to your OnePlus ecosystem by giving a complicated set of tasks as the very first thing they have to do to get their data across on their new OnePlus phone.

Also, even though OnePlus claims iPhone transfer support in the update log for the Android app, the current version on the Play Store (2.1.2) doesn't actually support this feature and only includes instructions to download the beta from OnePlus website (2.2.0), along with the separate iOS app, to be able to transfer the data.

But, if you have some important data stuck on your iPhone that you need to transfer, then at least now you have a way to do so.

These "cleaning" apps are useless. If you stop app from running in RAM, it will automatically start again. Some RAM cleaners have option to clean RAM automatically, when phone is not in use. But, apps (services) will start again, load from intern...

How are RAM and cache cleaning apps killing batteries and performances?

Nice Lets install an app that whoknowswhatelsedoes to handle your information. Genius.