OnePlus is looking to venture into the large screen business with its own TV set. The company first teased it back in September and later went on to ask fans for help naming the product. Some time passed before OnePlus CEO Pete Lau confirmed that the product is in the advanced stages of its development.

Today a OnePlus remote control with the RC-001A model name passed by the Bluetooth SIG agency. It supports Bluetooth 4.2, but more importantly the certification signals that we should be hearing more about the OnePlus TV soon. 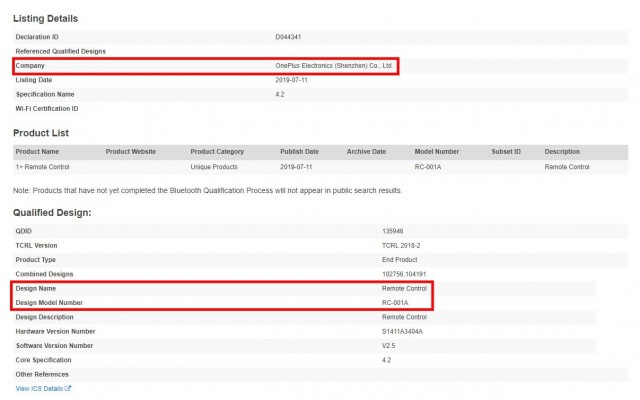 Back in April, Lau said that he “sees TV remotes as outdated” and that thinks AI can be used to provide relevant information for users instead. Despite these claim, it seems that the OnePlus TV will in fact ship with a remote control. The whole product is a big mystery for now as there haven’t been any clear details or spec leaks. 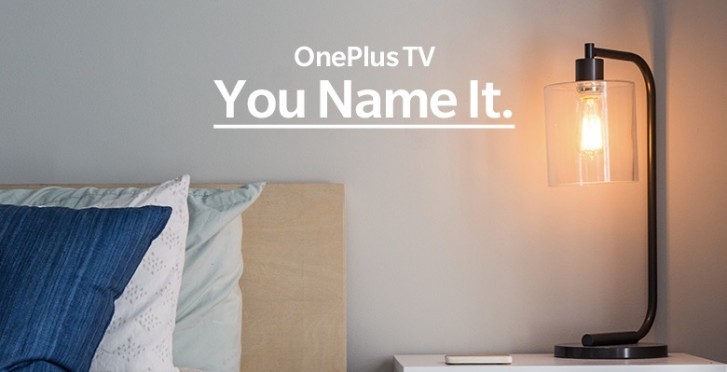 Based on rumors, the TV will feature a 4K HDR panel with an onboard AI assistant (likely Google Assistant). The remote will probably have a dedicated assistant button which will be used to control the UI. Speculations point that the device will be launched in India exclusively on Amazon with the goal of competing with Xiaomi’s Mi TVs which are growing in popularity across the country.

Increasingly, TVs are about software quality (how apps behave). Picture quality is passé, now that most TVs are good enough to be limited by the atrocious quality of highly compressed signals they are fed.